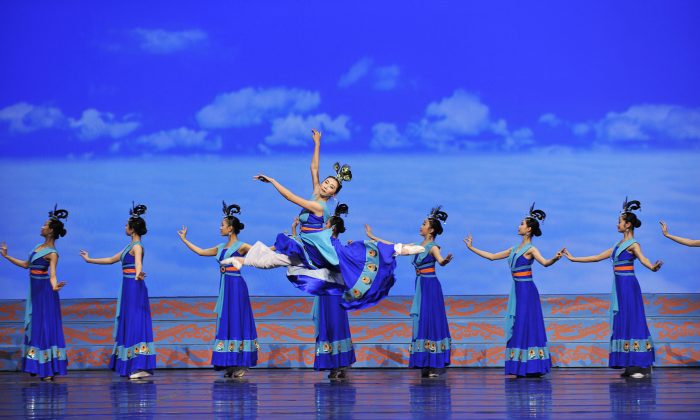 Letter From Dragon Springs: Finding a Home and Refuge in the US

Editor’s note: several residents of Dragon Springs, the Falun Gong community in Deerpark, N.Y., have written to Epoch Times to dispel misunderstandings propagated in a recent political campaign. Here is one such letter.

I am a student at Fei Tian College in Deerpark, NY. I have lived here at Dragon Springs for almost eight years. I feel extremely lucky to be able to come to the United States and then to attend college here. It has been a hugely positive turning point in my life.

In mid-1999, the Chinese Communist Party launched a systematic persecution of Falun Gong. I never felt peace or security in China since that day. My mother and father were imprisoned multiple times, our home ransacked multiple times and many of our valuable and precious household items stolen by the police. I was not even able to regularly attend school like a normal child.

Many children become destitute orphans with no one to look after them.

Actually, my case is not unique—many children with family members who practice Falun Gong in China have been through, and are still going through, similar experiences, as there were over 70 million people practicing Falun Gong in China when the State-launched persecution began. Many children not only are unable to attend school but become destitute orphans with no one to look after them. I am one of the lucky ones.

My father was illegally sentenced to 10 years in prison. I was still a young child at that time and didn’t understand what had happened. All of a sudden, my kind and considerate, optimistic, and open-hearted father was arrested. When I returned home from school that day, our neighbors took me in and looked after me for a few days. Later, I was sent to live with my grandparents in the countryside.

Several months later, my mother was released from detention because the police had beaten her to the point of death and were afraid to take responsibility. When I finally saw my mother after she was released, I was utterly shocked—my formerly plump mother had become skin and bones, now so weak she could not eat or drink. I almost didn’t recognize her. I was grateful to finally see my mother and to know that she was alive, but also very worried about her physical condition.

I resolved to care for my mother and protect her from any further persecution. Having known the loneliness of not having my parents by my side, I resolved to never leave my mother’s side.

Later I learned of some of the persecution my mother had endured. While forced to squat down, she had her hands cuffed behind her back—one hand over her head and the other pulled up from behind. Then the officer used a thick wooden club to beat her arms and push them into contortion. She was tortured like this from 8am until 8pm.

In prison, my father was put in solitary confinement, beaten until he fainted, and even handcuffed to a tree for a week in the harsh winter without any warm clothing.

Even after suffering as they did, they persisted in their faith.

Writing these memories down, I can’t stop my tears from welling up. I find it so hard to fathom how such kind-hearted people could be put through such evil trials. I would rather be beaten myself than to see my parents suffer like they did.

Even after suffering as they did, they persisted in their faith and never gave in. That is the most precious thing. I will always support my parents and the decisions they made. At the same time, I feel proud to have such parents. I love you, mom and dad.

I have no family here in the United States. Dragon Springs has naturally become my home now. As a lonely and helpless child, coming here was like being scooped out from hell and arriving in Heaven. I still feel unbelievably lucky, sometimes pinching myself to make sure I am not dreaming.

Even after living in the United States for over half a year I would still often have nightmares about policemen ransacking our house, taking my parents away and beating them to death. Only after crying myself awake in a fit would I realize it was all a dream. The people here all care for me, often helping me with everyday issues to ensure my livelihood and offering encouragement and advice.

As a lonely and helpless child, coming here was like being scooped out from hell and arriving in Heaven.

In many ways they have taken on the role of my parents and I feel very warm inside having that support. In order to give children like me the opportunity to attend school and graduate with accreditation like regular children, the high school and college here were established. We are even given free meals and accommodation.

My classmates come from all over the world. Some, like myself, have escaped from China and have no home to return to. Some are young Falun Gong practitioners from other countries.

Like mine, their parents have also been working towards ending the persecution happening in China by exposing it in various ways over the past 10 plus years. All of them are using their hard-earned money and time towards this cause. Thus, the low cost of schooling here also gives their parents some financial relief.

Furthermore, Fei Tian offers world-class tutelage, producing world-class performing artists and capable young adults. This can be seen in the successes of their on stage experiences with Shen Yun Performing Arts.

Shen Yun shares in the humanitarian, educational, and cultural mission by working towards raising awareness of the current situation in China as well as promoting and preserving the precious spiritual and cultural heritage that has been trampled and destroyed by the Communist Party. Shen Yun’s annual tour is also enriching American society and the American people, bringing beauty into the lives of all who are fortunate enough to see the show.

I truly believe, and I hope you can see from my letter, that the existence of Dragon Springs and Fei Tian College in Deerpark is something for the people of Deerpark to be proud of and is something that will only come to enrich the community in more and more obvious ways over time. It is my hope that all of us who study, work, or volunteer at Dragon Springs can be welcome members of the local community.

Jane Yin is a student at Fei Tian College.