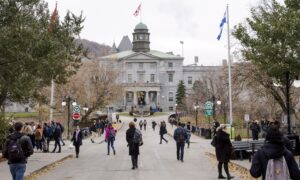 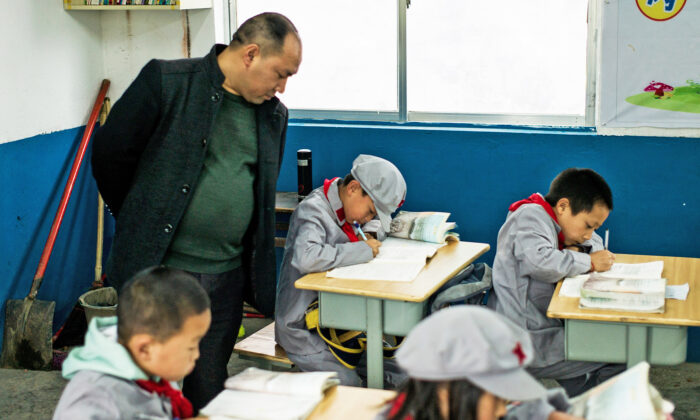 Let’s Hire China to Run Our Schools and Universities

The internationalization of labor has been a longstanding policy of government and business. The main reason is the low cost of labor in developing countries such as China, compared to the cost of labor in modern and postmodern countries. With lower labor costs, companies gain more profit, and citizens gain greater access to consumer goods. Government officials benefit from facilitating the process.

The thesis of this (tongue-in-cheek) essay is that communist China could do a much better job of running our educational system, at half the cost. Everyone would benefit!

CCP teachers would also be superior to American teachers by actually going into the classroom and teaching, unlike many American teachers who choose to remain at home and take their paychecks without entering a schoolroom. American teachers’ unions, claiming (anti-scientifically) that they’re concerned about safety, would rather withhold service in exchange for more time off and increased salaries, resources, and services. Monopolies are great for those who control them.

But don’t worry that CCP teachers would be an alien influence in teaching content. They would be more than happy to endorse the Black Lives Matter assertions that America is an evil racist country, and that Canada is a settler colonial country. As well, following the New York Time’s 1619 teaching plan, they will be happy to claim that America and Canada are countries based on genocide of indigenous natives, and that the United States was founded and continues to be based on slavery and oppression and exploitation of African Americans. The Leninist anticolonial movement would be heartily endorsed by CCP teachers.

Our universities would also benefit from CCP professors. They, after all, have been imbued with Marxism throughout their studies, and can easily replace the American and Canadian amateur Marxist professors who don’t have as deep an understanding. Furthermore, the CCP professors have the rich experience of participating in the glories of communism in practice and action, thus having a profounder basis of knowledge than the amateur North American Marxists.

CCP professors are also experts at “cultural appropriation,” borrowing scientific knowledge and trade secrets from America and Canada. Here, too, the CCP professors have a practical knowledge of a subject that North American professors can only speculate about.

Professional CCP political commissars would be much more effective than the amateur “diversity and inclusion” officers that currently police North American universities:

Political officers are assigned to units in the Chinese People’s Liberation Army (PLA). According to a 2013 article in the Jamestown Foundation’s publication China Brief:

“The three levels of political officers who serve as unit leaders (zhuguan) and deputy leaders are as follows:

“The three levels of political officers above have basically the same key responsibilities: implementing decisions made by the party committee; instilling party discipline among party members; providing political education to the troops within their organization; working with other components of the political work system.”

More explicitly, the commissar’s tasks were, according to a 2005 Nanyang Technological University working paper (pdf):

Commissars are not limited to the military. In Chinese schools, the head teacher plays the role of the commissar. According to a 2010 article in The Diplomat:

”In the organizational structure of a Chinese classroom the head teacher is responsible for 50 students’ study, behavior, and thought for three years. This organization is repeated from kindergarten to university, and from Beijing to Tibet. Back when the Communist Party was a revolutionary movement, a political commissar was responsible for the discipline and orthodoxy of each Party cell, and a ‘head teacher’ is basically the political commissar of a cell of 50 students. In Chinese high schools, having students study hard is not enough—correct thinking is the ultimate goal.” [emphasis added]

CCP commissars would bring a high level of competence to disciplining teaching and thought in American and Canadian universities. They would provide highly effective policing to the “diversity, equity, and inclusion” policy proclaimed by the highest offices in the land, and institutionalized by granting agencies and university administrations. Deviations would be suppressed, and “social justice” would be advanced as never before.