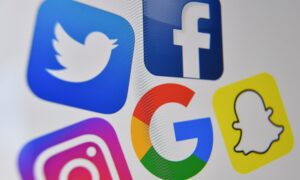 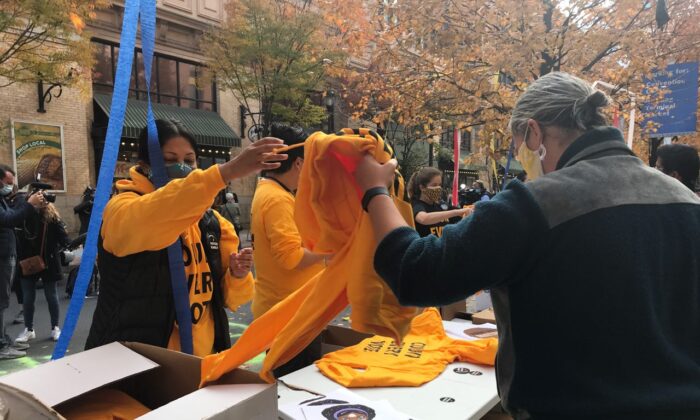 People gather outside the Pennsylvania Convention Center in Philadelphia, Pa., to call for all votes to be counted, on Nov. 6, 2020. (Charlotte Cuthbertson/The Epoch Times)
Viewpoints

President Donald Trump continues to claim that the election is “far from over,” and on Saturday vowed multiple lawsuits to contest the results announced so far. And while the media has anointed former vice president Joe Biden the “president-elect,” just saying so doesn’t make it so.

Regardless of what you think of either of the candidates, Trump is right: The election is not over until either he concedes, or until the states certify the election results. Certification deadlines are set by statute and vary from state to state, but must take place before the Electoral College meets on Dec. 14.

In the meantime, there are multiple indicators and warnings of significant and potentially result-changing election fraud that the president’s team will be investigating in the coming days, including denial by election authorities in Detroit, Atlanta, Philadelphia, and elsewhere to allow “meaningful” participation by Trump campaign poll-watchers, and unusual midnight surges in Biden votes in multiple states where election officials said they had sent their staff home for the night.

The most pressing of these anomalies is the computer “glitch” announced by the Antrim County, Michigan, clerk of the court on Friday that caused a 6,000 vote surge for Biden in a county that Trump won handily in 2016.

Once the “glitch” was corrected, those votes were credited to Trump.

According to Michigan GOP chairwoman Laura Cox, “Since then, we have now discovered that 47 counties used this same software in the same capacity.” That’s more than half of Michigan’s 83 counties.

A similar “glitch” was identified by election officials in two Georgia counties on election day that halted voting for several hours. As in Michigan, the counties used voting machines made by Dominion Voting Systems and electronic poll books made by KnowInk. The companies “uploaded something last night, which is not normal, and it caused a glitch,” the Spaulding County elections supervisor told Politico. “That is something that they don’t ever do. I’ve never seen them update anything the day before the election,” the supervisor added.

This is exactly the scheme I describe in detail in my new book, “The Election Heist,” where malevolent actors upload a “patch” to a trusted VPN server controlled by the voting equipment manufacturer to beguile unsuspecting election officials.

As Spaulding County elections supervisor Marcia Ridley rightly said, this is something that’s not done. It’s not normal. And maybe it wasn’t an accident.

We’re now learning that the same election equipment, made by Dominion Voting Systems, is used in virtually all the swing states that President Trump was winning comfortably on election night, only to lose by close margins as more votes were “counted.”

I put “counted” in quotes deliberately, since hand-recounts could well determine that these votes were in fact mis-counted.

While my book is a fiction and was published three months before the election, it’s not a fantasy. It’s based on extensive investigation of the flaws of our electronic voting systems that I’ve been studying for several years, comparing notes with cyber-security experts in the private sector and in government.

In my book, I also predicted that the national media would project fake vote counts to create a perception that Trump had lost the election, in order to discourage Trump voters and the Republican officials from pursuing claims of election fraud.

It became obvious to me in my research that the only way for Democrats to confidently predict victory over such an immensely popular president as Donald Trump, whose last-minute rallies drew crowds in the tens of thousands compared to the dozens who came out in their cars to honk at candidate Biden, was to fake the polls and hack the election software.

We can now see beyond a doubt that many of the polls were faked. An ABC News-Washington Post poll had Biden winning Wisconsin by 17 percent just days before election day. In my opinion, this and similar polls were aimed at suppressing Trump voter turnout on election day.

In a Zoom call with reporters just the day before the election, Biden campaign manager Jen O’Malley Dillon ran through the math state by state, showing the election day margins Trump would have to win in order to carry each state.

In Arizona, for example, she said that Biden had banked 53 percent of the mail-in and early-votes, so that Trump “would need to get 60 percent of the remaining votes to win.”

On election day, Trump won 65.9 percent, according to unofficial results published by the Arizona secretary of state.

Similarly, in Pennsylvania, she estimated that the Biden team had won 67 percent of the 2.6 million early and mail-in ballots. To overcome that advantage, Team Trump needed 59 percent on election day.

The actual results showed that Trump won 66 percent of the election day vote (not including third parties) and still lost, because Biden had won 76.95 percent of the early and mail-in vote.

I would be absolutely shocked if the Biden team had missed so many early and mail-in votes in their pre-election projections. So what happened? So far, we don’t know.

But I know this for certain, and it’s a spoiler alert for my book: The only way to catch these computer “glitches” is to conduct a manual recount of the paper ballots. If the software has been hacked, running the ballots through the same tabulators will merely generate the same mis-count as it did the first time. Only manual recounts can uncover the truth.

That’s what’s about to happen in Georgia and Wisconsin, and should be happening in Michigan, Arizona, Nevada, and Pennsylvania. Let the recounts begin.

Kenneth R. Timmerman is a best-selling author, including “ISIS Begins,” “Deception: The Making of the YouTube Video Hillary and Obama blamed for Benghazi” and the recently released “The Election Heist.” He was a member of the national security and foreign policy advisory board of Trump for President and was co-nominated for the Nobel Peace Prize in 2006 with Ambassador John Bolton for his work on Iran.