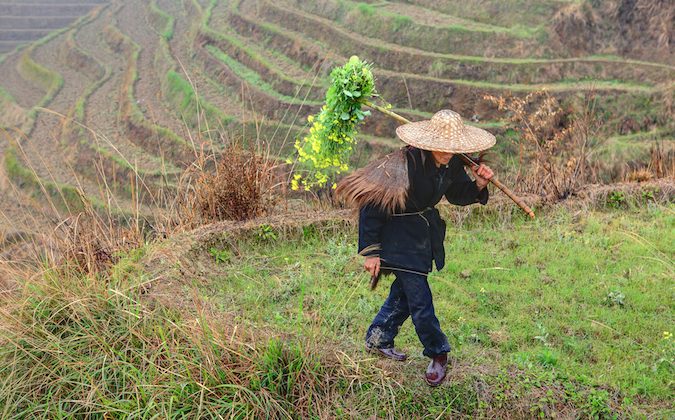 Lessons for Leaders From the Ancients: Mayor Learns From Farmer What Being Virtuous Really Means

Zhang Yong had a most curious dream. He had arrived in a heavenly palace, and was about to be seated when a deity called out “Huang Jianji has arrived.” Upon Huang’s arrival, another deity clad in Daoist robes then descended the steps to receive him before offering the new guest a seat more elevated than Zhang’s.

Zhang was puzzled. He was, after all, an important Northern Song Dynasty (960-1127) official, being a mayor of Chengdu, Sichuan Province. What’s more, Zhang knew himself to be an upright official, always honest in his dealings while in public office, and having a strong sense of justice.

Who is this Huang Jianji,” Zhang thought to himself, “and why do the heavenly deities regard him more highly than me?”

The next morning, Zhang sought out Huang. As fate would have it, Zhang found the man in his dreams, but was shocked to discover that Huang was a farmer. “How did you manage to do so many good deeds each day, such that the deities respected you so greatly,” Zhang inquired after explaining his dream to Huang. “I don’t see how your occupation allows you much opportunity to acquire much virtue.”

Farmer Huang replied: “I haven’t done anything extraordinary, just merely taken care of my land (plowing, cultivating, sowing). I did augment my crop during the last grain harvest by purchasing some extra at the normal price, however. Since I ended up not needing it, the following year I sold it at cost price to those poor farmers whose crops were not doing well. I didn’t profit a cent from this transaction, nor cheat on the weight of those crops. I’m simply glad I didn’t lose a thing and at the same time helped these unfortunates.”

Upon hearing this, the mayor sighed deeply, reflecting that while he had been virtuous while holding office, he always thought himself better than others and adopted a slight arrogant attitude in his dealings. Judging by how he felt aggrieved at being slighted as an official, Zhang realised too that he wasn’t as selfless in his service to others as Huang, who in contrast had genuinely put others first without a thought to himself.

“You do deserve the higher position to mine,” said the humbled mayor, and he prostrated himself before the compassionate, virtuous farmer, paying him homage.

*Image of Chinese farmer via Shutterstock