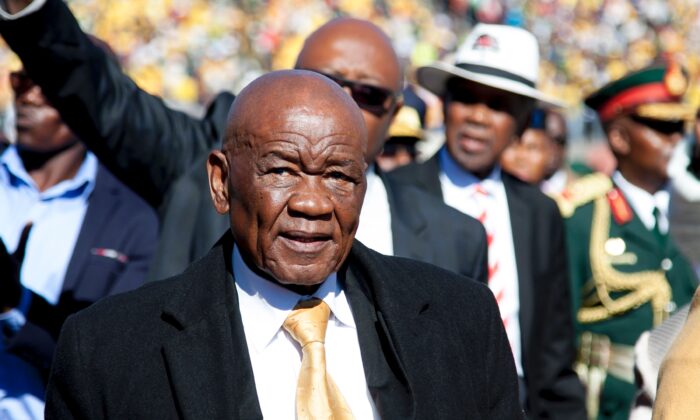 MASERU—Lesotho’s Prime Minister Thomas Thabane will be charged with the murder of his late wife, the deputy police commissioner said on Thursday, the latest twist in a love triangle murder case that has stunned the southern African highland kingdom.

The 80-year-old Thabane took to the radio to announce that he would step down at the end of July, but he did not mention the case.

He instead cited old age as a reason for quitting as premier of the tiny, mountainous territory encircled by South Africa and which has a long history of political instability.

Thabane had been under mounting pressure over the death of former first lady Lipolelo, who was shot dead in June 2017 near her home in the capital Maseru two days before he took office.

The prime minister’s current wife, Maesaiah Thabane, was detained this month and charged with ordering the murder, but is currently out on bail.

“The prime minister is going to be charged with the murder. The police are preparing directives and he will probably be charged tomorrow,” Deputy Commissioner of Police Paseka Mokete told Reuters by telephone.

Both she and Thomas, who married two months after Lipolelo’s killing, have denied any involvement in her death.

His spokesman Relebohile Moyeye said by telephone that he could not comment because he had not yet seen the police charges.

Police say that Maesaiah, 42, hired eight assassins to kill the former first lady but that she was not present at the shooting.

Lipolelo, then 58, and Thabane were going through an acrimonious divorce at the time. An unknown assailant shot her dead in her car.

The prime minister’s resignation comes days after his party’s executive council called for him to step down immediately.

“I have served my country diligently,” Thabane said on state radio.

“I’ve worked for a peaceful and stable Lesotho. Today … at my age, I have lost most of my energy … I hereby retire as prime minister with effect from the end of July.”

Thabane is set to appear in court on the murder charges on Friday, the deputy commissioner said, adding that the charge sheet had already been prepared but that Thabane’s lawyers had requested an extra day.

“I think it’s high time he goes [from office] but I don’t know why it’s taking so long. He has to go for the sake of the nation,” Malineo Stoffels, a 30-year-old businesswoman who sells grilled meat and rice from a food van, said after listening to the announcement on a taxi radio in Maseru.

“Everyone is talking about us [Lesotho], the economy has gone down,” she said. “It has to end”.