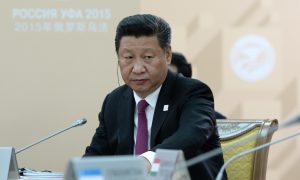 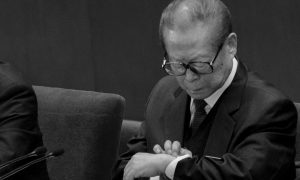 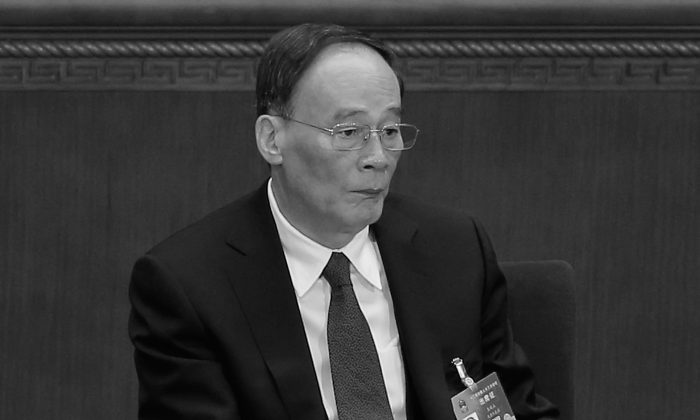 Secretary of the Central Commission for Discipline Inspection Wang Qishan attends the opening of the 3rd Session of the 12th National People's Congress at the Great Hall of the People in Beijing, China, on March 5, 2015. (Lintao Zhang/Getty Images)
China

Since meeting with former U.S. secretary of state Henry Kissinger on Nov. 2, Wang Qishan, the head of the Chinese Communist Party’s internal disciplinary agency, hasn’t made a single public appearance by himself. That’s nearly two months. Meanwhile, Wang’s deputies have been busy lecturing and investigating wayward cadres all around China.

His absence has been conspicuous and noted in the Chinese press. Popular Chinese Web portal Sina, for example, wrote a piece asking, “With Wang gone for over a month, what ‘big move’ is the Central Commission for Discipline Inspection planning?” (Actually, Wang has made perfunctory appearances, along with other members of the seven-member Politburo Standing Committee, since Nov. 2, but he has never been featured in a solo appearance since then, which triggered the current speculation.)

Wang’s disappearance from public view is the subject of speculation in Chinese media because over the last couple of years, Wang’s lengthy absences have always been followed by the fall of a “big tiger”—a Party term for high-ranking cadres, still in office or retired, who are widely suspected of corrupt activity.

Analysts say that Wang is likely preparing to take down members in the inner circle of Jiang Zemin, the former Party leader whose political faction, which had effectively run China for decades, has been decimated by Xi Jinping’s sweeping anti-corruption campaign.

The last time Wang “disappeared” in July, General Guo Boxiong, the former No. 2 in China’s military, was expelled from the Party and handed to military authorities to be prosecuted.

Shortly after Wang resurfaced after “disappearing” from May to June last year, the late General Xu Caihou, Guo’s counterpart in the Central Military Commission, and former security czar Zhou Yongkang, were formally investigated for corruption.

In this instance, it has been nearly two months since Wang met Kissinger at Zhongnanhai, the leadership compound in Beijing for the Party’s elite.

Party officials were investigated wherever Wang’s seven deputies lectured, sometimes even during the lunch recesses. According to Chinese business publication Caijing, Bai Xueshan, the vice chairman of Ningxia Autonomous Region, was arrested by disciplinary officers during a brief break in an all-hands cadre meeting there.

Ensuring that Party cadres run a tight ship in China isn’t the only thing concerning Wang and his seven deputies.

“When these high-ranking CCDI officials went to the various places, they weren’t there only to explain new discipline regulations,” recently wrote Zhou Xiaohui, a columnist for the Chinese edition of the Epoch Times. “They were there to oversee the next step of the anti-corruption campaign or even to do the preparatory work for Wang Qishan’s next ‘tiger’ takedown.”

“If a ‘big tiger’ is indeed purged or reported to higher authorities, he will be at least a deputy at the state level or a retired elite cadre with political influence,” Zhou wrote. Therefore, he speculated that “Zeng Qinghong and Ling Jihua are thus two likely candidates” for a takedown after Wang re-emerges.

Zeng Qinghong, the former vice president of China, is ex-Party boss Jiang Zemin’s powerful backroom operator and hatchet-man. While Ling Jihua, formerly a top aide to former Party leader Hu Jintao, was investigated in 2014 and expelled from the Party this July, he has yet to be formally prosecuted and sentenced.

Political commentator Zheng Jiangwei told New York-based broadcaster New Tang Dynasty Television that Wang Qishan’s “disappearance” was in step with Xi Jinping’s military reform, a move that analysts say was in part carried out to consolidate Xi’s control of the military and his power.

“The dispatching of top CCDI officials from Beijing was actually a form of intimidation under the name of ‘providing guidance,'” Zheng said. “Its purpose is maintaining order and stability within the Party as the military is undergoing reform.”

And the “tight coordination” between the Wang and Xi suggests that “the top leadership is planning on making a major move,” he added.

In Zheng’s opinion, Wang and Xi are playing a game of chess, and their endgame is likely the arrest of Jiang Zemin. Once Xi Jinping fully controls the military, “the checkmate of the Jiang faction will become a reality,” Zheng said.