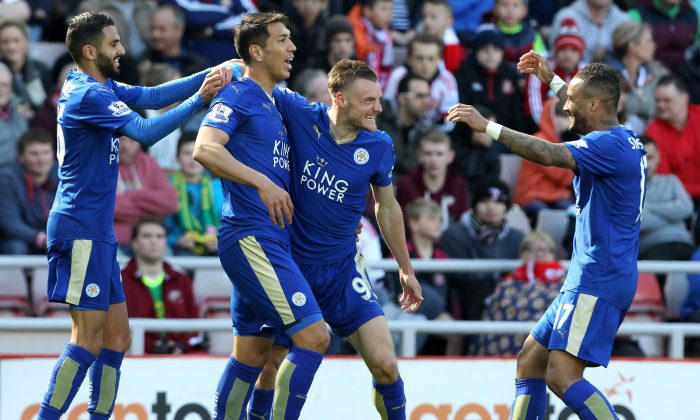 Leicester City Football Club winning the English Premier League is the most Cinderella of Cinderella sports stories. The unthinkable became reality on Monday when their closest rival, Tottenham Hotspur, failed to beat Chelsea. It looked like the celebrations in Leicester would be put off another week after Spurs took a 2–0 lead at halftime, but Chelsea fought back for its former manager Claudio Ranieri to draw 2–2.

Leicester City finished 14th in the 20-team EPL last year after a 10-year stay in the lower divisions of English football. At the start of the year, the club’s odds of winning the league were 5000-to-1.

This is bigger than Greece winning Euro 2004 in terms of an unlikely champion. For a small club like Leicester to outduel the likes of Chelsea, Manchester City, Arsenal, Manchester United, and Spurs over 38 games and over nine months is simply inconceivable.

To do it, the Foxes have had to play a pragmatic brand of football and the standings reflect that. It also took some help from the heavyweights of the game who have all had seasons to forget. And, being able to focus on the EPL alone greatly helped with the reduced demands on the squad.

LCFC have had to approach each game as if they’re on the road. They don’t focus on ball possession; they excel on the counterattack. Their point total is obtained almost equally at home and away.

Given Leicester City’s style of play, potentially having the lowest goal differential for an EPL champion might not come as much of a surprise. A road team won’t get many chances, but must be clinical when it gets them. Jamie Vardy is a pure goalscorer and Riyad Mahrez is a genius with the football. Those two have scored over 60 percent of the team’s goals.

Leicester has profited from the misfortunes of the Premier League heavyweights. Last year’s champion Chelsea is having its worst season since 1996. Manchester City’s title challenge fell apart in February when the club announced a managerial change for next season. The club’s focus has been on Champions League and the current fourth place would be their worst finish since 2010. Manchester United, with 13 titles in the Premier League era, sit fifth and were never title contenders under Louis van Gaal. It might have been Arsenal’s year, but the Gunners repeatedly stumbled in big games and seemed content to finish in the top four.

Leicester City’s story is not a rags-to-riches one like Chelsea and Manchester City. The club has found diamonds in the rough and castoffs and put together a squad containing the football writers’ player of the year in Vardy and the players’ choice as player of the year in Mahrez. Legendary Manchester United manager Sir Alex Ferguson called central midfielder N’Golo Kante “by far the best player in the Premier League this season.”

Other than their 36 Premier League matches played to date, the Foxes only played five other matches—three League Cup and two FA Cup. LCFC has had the Premier League title as their only goal since their Jan. 20 elimination from the FA Cup by Spurs. Typically the usual suspects vying for the title are competing on two or three fronts well into March.