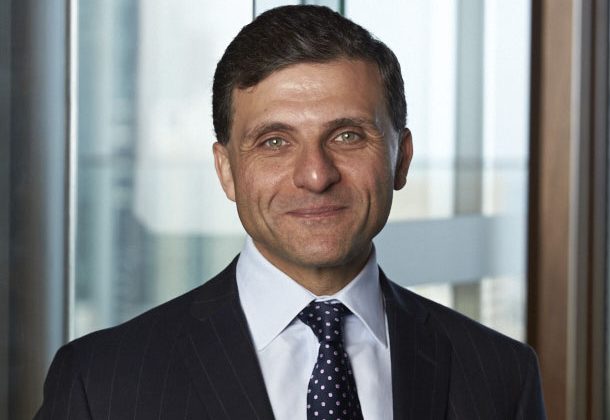 Legal Fraternity Has ‘Grave Concerns’ for Australian Detained in China

Australian lawyers are becoming increasingly worried about a novelist who is continuing to be detained by Chinese authorities.

The Law Council of Australia is “deeply concerned” about the Chinese Communist Party’s (CCP’s) detention of Australian citizen Yang Hengjun in Beijing.

The council described Yang’s extended pre-trial or pre-charge detention as abusing the law, and is very concerned by media reports that Yang was delayed access to legal counsel and Australian embassy officials.

“While the Law Council acknowledges the Australian government’s efforts to ascertain the reasons for Mr Yang’s detention and ensure his well-being, diplomatic representations to China must continue as a matter of urgency at the highest levels,” Law Council President Arthur Moses SC said in a press release.

Yang was detained in Guangzhou on Jan. 19 after arriving on a flight from New York. He had planned to continue travelling to Shanghai but was intercepted by Chinese authorities and taken to Beijing. Authorities did not initially state what crime Yang was suspected of committing, rather kept him under house surveillance for several days.

It was widely reported that Yang’s articles, which criticise the Chinese authorities, led to his arrest. However days later, Yang was charged with “endangering national security”—a form of detention that permits authorities to interrogate suspects for several months without access to lawyers, family members, or Australian embassy officials.

Australia’s Department of Foreign Affairs and Trade confirmed on Jan. 25 that its staff from the Australian Embassy in Beijing had finally secured a meeting with Yang.

“Access to Mr Yang was provided in accordance with our bilateral consular agreement with China,” a DFAT spokesperson said in a public statement. “Due to Privacy Act obligations, we will not provide further details about Mr Yang or the contents of our consular discussions with Mr Yang.”

The council is offering the Australian government any form of assistance it requires to make sure Yang is treated in a “fair and transparent manner.”

“The Australian legal profession would not tolerate our government treating a Chinese citizen in the manner Mr. Yang, an Australian citizen, is being treated in China,” Moses said. “I hope my colleagues in the Chinese legal profession and judiciary will ensure that Mr. Yang is treated in a fair and transparent manner, including not being subject to arbitrary detention and having access to lawyers.”

Moses believes that, as a rule, Australian embassy officials should be allowed to see its citizens detained in China without delay.

“This type of conduct by a foreign government towards an Australian citizen cannot and should not be tolerated,” he said.

The council had also raised concerns on Dec. 31 about the separate detention of Chinese human rights lawyer Wang Quanzhang.

In a letter to Minister for Foreign Affairs Senator Marise Payne, Moses urged the minister to make diplomatic representations to China regarding Wang, who is one of many hundreds of legal activists arrested in July 2015 as part of the “709” crackdown.

Wang, who had taken on cases deemed sensitive by the ruling Chinese Communist Party (CCP), such as accusations of police torture or defending members of the banned Falun Gong spiritual movement, has been on trial in a closed court in China for alleged subversion of state power, and is believed to have been detained without seeing his family and legal representation for most of the time.

He was sentenced by Tianjin Number 2 Intermediate People’s Court on Jan. 28 to four and a half years for subversion of state power.

“The Law Council believes that Australia has an important role to play in promoting and defending the rule of law and human rights in the Asia-Pacific region,” Moses said in a press release. “Accordingly, we respectfully ask the Australian government make diplomatic representations to China as a matter of urgency to ensure a fair and transparent trial for Mr. Wang.”

The council is also “acutely troubled” by reports that lawyers seeking to represent Wang have been “menaced and discouraged.”

“Legal representation must be available to every citizen, not just the powerful or the popular,” Moses said. “Sometimes lawyers are called upon to act for unpopular persons or persons who a government alleges to have broken the law. These lawyers should not be regarded as subversive or promoting the law being broken by merely representing a person who is accused of such matters.”

He said the United Nations’ Basic Principles on the Role of the Lawyers shows the importance for every country to have an independent legal profession that has the freedom to practise law without fear of reprisal.

“This is critical to ensure that not only is justice done, justice is seen to be done,” he said. “The Australian legal profession and the Australian community have a keen interest in promoting and defending the rule of law internationally and in encouraging a Chinese legal system that is robust, fair and impartial.”