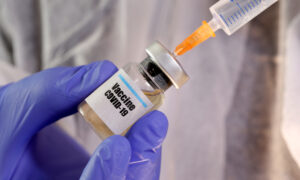 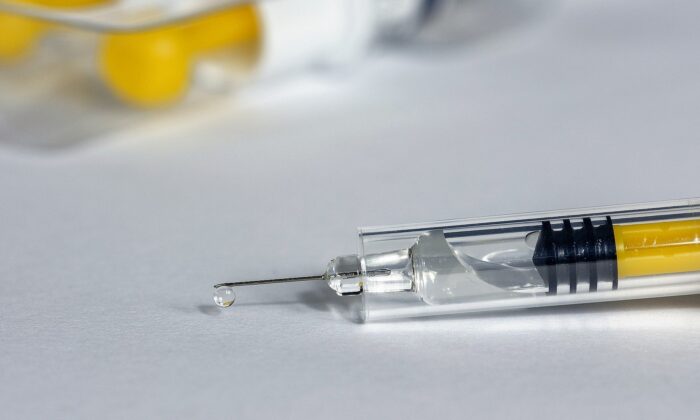 You were warned about this first in July. Now, it’s happening. On Dec. 20, the federal Advisory Committee on Immunization Practices recommended that seniors ages 65 to 74 be moved toward the back of the line for the COVID-19 vaccine.

The reason, says ACIP, is that “racial and ethnic minority groups [are] under-represented” in this age group. Put another way: Seniors are too white.

Vaccines are already being administered to health workers and nursing home residents. The question is this: Who comes next? ACIP wants to push 87 million essential workers—such as transit workers, supermarket employees, and uniformed public servants—to the front of the line, forcing 32 million seniors to wait.

Vaccinating a majority of 87 million essential workers will consume the vaccine supply for several months.

Thousands of seniors will die needlessly if this decision goes into effect. ACIP actually admits as many as 6.5 percent more elderly will die over the next six months but dismisses that loss of life as “minimal.” Not if it’s your grandma.

A person 65 or older is at least 90 times more at risk of dying from COVID-19 than a young working-age person. Vaccinating the elderly first is the obvious strategy to save the most lives. ACIP says its twisted priorities are based in “fairness, equity and justice.” What the committee really means is “wokeness.”

Committee member Peter Szilagyi, from the University of California–Los Angeles, defends ACIP’s move, because “essential workers” include “a high proportion of minority, low-income and low-education workers.”

These left-wing academics are exploiting the pandemic as a launching pad for their redistributionist agenda. The lives of seniors—who need the vaccine the most—be damned.

Harald Schmidt, from the University of Pennsylvania, explains that “older populations are whiter.” He says “society is structured in a way that enables them to live longer,” so “instead of giving additional health benefits to … them, we can start to level the playing field a bit.”

What’s alarming is that Schmidt’s call to level the playing field is widely shared. Dr. Douglas White, an ethicist at the University of Pittsburgh, says that if COVID-19 therapeutics are in short supply, they should go to patients from disadvantaged groups first. What’s next? Requiring that when emergency rooms are packed, minorities and poor people get helped ahead of the elderly?

Medicine is no place for social engineering. It’s frightening.

In Britain, vaccines are being administered with one unambiguous goal—saving the most lives. Those over 80 are first in line, and then those in their 60s and 70s, followed by younger people with high-risk health conditions. Britain’s health service explains, “The optimal strategy for minimizing future deaths” is “to offer vaccination to older age groups first.”

The National Academies of Science, Engineering, and Medicine, and the World Health Organization agree. But in America, the academic left has hijacked vaccination.

In the distant past, yes, but there is almost no evidence of racism in medicine today. A recent article in Scientific American could cite only two studies in more than 20 years documenting unequal care. New research from NYU Langone shows that black COVID-19 patients “if anything … do a little better” than white patients in the hospital. A larger study comparing black and white COVID patients in 92 hospitals in 12 states found almost identical survival rates, though blacks again did slightly better.

The persistent and unproven claims of racism in medicine are a slap in the face to the overwhelming majority of nurses, doctors, and other medical personnel who provide care to their patients based on medical need, not race.

Medical need should be the only standard for dispensing vaccines, as well. By that standard, all people 65 and over should be top priority. Beware of arguments to level the playing field. They are malevolent and have no place in medicine. This time, seniors are the victims. Next time, it could be you.