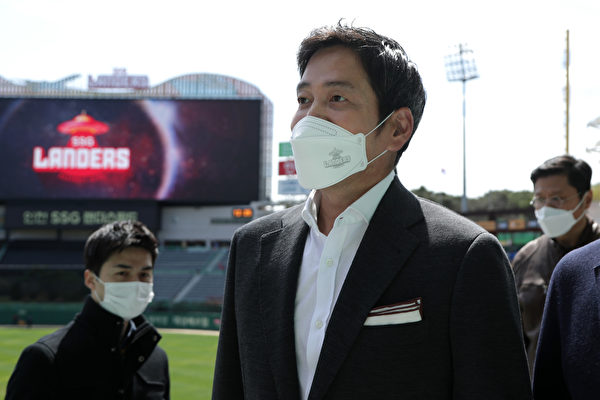 On Nov. 15, Chung posted a photo on Instagram, in which he is shown holding a red wallet in one hand, and in the other hand a pizza packaging box with the red trademark Jackson printed on it. Two other men who were together with him were wearing red hats and also holding red wallets. Chung wrote, “I hope you won’t get me wrong, as the [red] feels a bit like the Communist Party. I’m just following the Jackson brand pizza. I hate the Communist Party.”

The post immediately attracted a large number of replies. Most of the replies said, “I also hate the Communist Party.”

There are also a few people who replied to express their concern. One person wrote, “China will get angry.” Another person wrote, “Please be careful. When the Chinese Communist Party learns about it, you will run into big troubles.”

Chung, vice chairman of retail giant Shinsegae Group, is well known in South Korea. His grandfather is Lee Byung-Chull, the founder of Samsung Group. His mother Lee Myung-hee is the chairman of the Shinsegae Group and was once the richest woman in South Korea. Chung is considered the actual head of the company as Lee has withdrawn from the frontline business operation.

Unlike most business tycoons, Chung is quite amiable. He often shares his daily life on Instagram, where he has over 700,000 followers.

Chung had a painful experience in China. Emart, a large-scale supermarket under Shinsegae Group, entered China in 1997, and grew to nearly 30 branches during its prime time in the China market. However, it kept losing money afterward. Moreover, in 2017, in retaliation against South Korea’s deployment of THAAD, the Chinese communist regime used economic coercion, causing losses to many Korean businesses. Shinsegae eventually withdrew completely from the Chinese market.

At the company’s 2018 recruitment expo, Chung said, “I hope we will learn from the miserable failure in the Chinese market and choose to do business in developed countries where there are no restrictions.”

Although Emart supermarkets have withdrawn from China, New World International, another subsidiary of Shinsegae Group, is doing business in China, and most customers of its duty-free shops are Chinese.

Chung’s Nov. 15 post caused heated discussion, and South Korean media widely reported it. On Nov. 17, Chung posted screenshots of news coverage on Instagram, which expressed concerns that Chung’s Shinsegae Group may encounter boycotts in China because of his anti-communism statement.

Chung’s new post that accompanied the news coverage stated his stance once again: “I so really detest the Communist Party … This is what I learned in elementary school, middle school, and high school.”

“A thorough anti-communist, democratic spirit and patriotism is our way of life, and it is also the basis for realizing the ideal of a free world,” he continued.

His post quoted part of South Korea’s National Education Charter, which was the basic educational philosophy of South Korea’s Park Jeong-hee regime and was compulsory for elementary schools in the 1970s and 1980s.

Chung posted a photo of himself holding a baseball glove and wearing a celebrity sweatshirt on Instagram on Nov. 18, and wrote: “I hate the Communist Party … I will never retreat.”

On Nov. 19, he shared a screenshot of a news report that expressed worries for the interests of shareholders, saying that Chung’s post may arouse consumer resentment.

In response, Chung wrote to say, no matter what, he hates the Communist Party anyway.

The replies on Chung’s Instagram are mostly praise and support.

A netizen wrote, “If Chinese people don’t buy from you, we will!”

“It is just normal to hate the Communist Party,” another one said.

One person praised Chung’s courage, saying, “Never retreat. How handsome you are!”