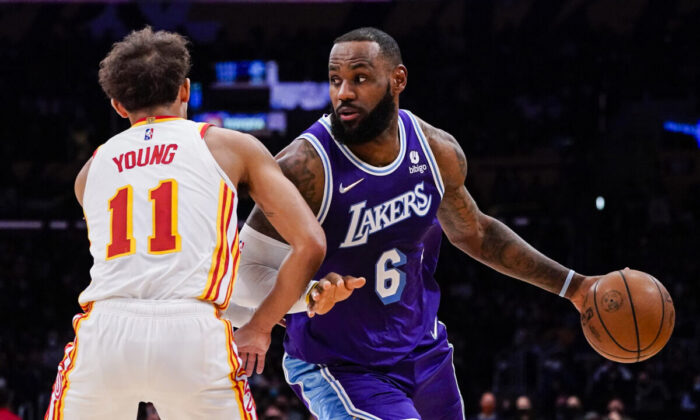 LeBron James has become a billionaire, marking the first time a player still active in the NBA has achieved such a status, according to a recently published list by Forbes.

The 18-time NBA all-star and two-time Olympic gold medalist has an estimated fortune of $1.2 billion in pretax earnings, Forbes reports, making him the first active NBA player to make the billionaires list.

The only other NBA star to have become a billionaire is Michael Jordan, who didn’t achieve that status until 2014, more than a decade after he retired as a player.

James’s billionaire status comes after the Los Angeles Lakers star earned a total of $121.2 million in 2021 and was named the game’s highest-paid basketball star.

His NBA salary from the Cleveland Cavaliers, Miami Heat, and Los Angeles Lakers amounted to more than $385 million while endorsements and other business ventures, such as his deals with Nike, AT&T, PepsiCo, and Walmart have raked in upwards of $900 million in income, Forbes said.

The four-time NBA champion, who just finished up a two-year, $85 million deal with the Lakers, also has investments in fitness startup Tonal, touted as an “entire gym in your home,” as well as ridesharing company Lyft and fast-casual pizza chain Blaze in 2012.

Then there’s a lucrative investment in TV and movie studio SpringHill Entertainment, built by James and business partner Maverick Carter, that is also part of the SpringHill company, “named after the apartment complex where James and his mother finally found stability” according to Forbes.

However, the real key to James’s fortune is that he has “long structured deals to give him equity in brands he partners with, giving him a cut of the upside instead of a quick paycheck” according to Forbes, which cited his decision to step away from a $15 million endorsement agreement with McDonald’s to instead work with Blaze Pizza chain.

Overall, James has earned $387 million in salary during his playing career, according to Spotrac.

The athlete has previously spoken of his goal of becoming a billionaire, telling GQ in a 2014 interview that it was his “biggest milestone.”

“Obviously I want to maximize my business. And if I happen to get it, if I happen to be a billion-dollar athlete, ho. Hip hip hooray! Oh, my God, I’m gonna be excited,” he said.

According to the report, the world’s 50 highest-paid athletes have amassed a total of $2.97 billion before taxes and agents’ fees over the last 12 months.