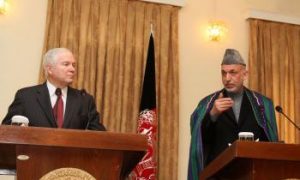 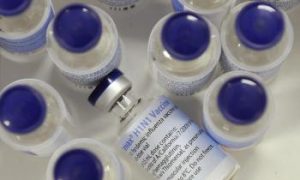 [xtypo_dropcap]T[/xtypo_dropcap]he resignation of 10 Hezbollah-block ministers, and one state minister, from Lebanon’s government this week threw the already strife-torn country into yet another political logjam.

The divide between the Hezbollah-led, opposition camp, traditionally backed by Iran and Syria, and the Western-backed government camp has crippled the country for the past six years.

Memories of the 2008 Hezbollah takeover of Beirut—during which the opposition occupied the streets of the capital and surrounded the government compound for two weeks and engaged in deadly street battles—evoked concerns that a similar crisis looms. A compromise was ultimately reached at the time. A similar walkout of Hezbollah ministers in 2006 was followed by a wave of killings that left more than 10 members of Parliament from current Prime Minister Saad Hariri’s faction dead.

Currently, however, Hezbollah is not trying to take over the county, experts say—rather, the movement wants to foil the work of the Special Tribunal for Lebanon. The tribunal was set up by the United Nations Security Council to investigate the 2005 assassination of former Prime Minister Rafiq Hariri, who was also the father of the current prime minister.

“All they want is [for Prime Minster Saad] Hariri to discredit the tribunal,” said David Schenker, director of the program on Arab politics at the Washington Institute for Near East Policy. “There is no indication they want to take over all of Lebanon right now.”

As the work of the tribunal progressed, hints that Hezbollah would be accused of killing Rafiq Hariri started to leak. Hezbollah, fearing for its reputation and credibility, tried to prevent these consequences and reach some kind of political compromise with the prime minister.

One rejected compromise that Hezbollah had suggested was for Prime Minister Hariri to announce that the perpetrators of the assassination were rogue actors not under the authority of Hezbollah.

Saudi attempts to mitigate between the two sides failed.

“If the tribunal names Hezbollah as responsible for the killing of [Rafiq Hariri], it will erode Hezbollah’s standing in the Muslim world,” said Schenker. “That is Hezbollah’s concern.”

The government was paralyzed for several months over the work of the tribunal, so the walkout was not entirely surprising, noted Muhammad Bazzi, adjunct senior fellow for Middle-Eastern Studies in the Council on Foreign Relations.

Within the Arab world, Hezbollah presents itself as a fighter for Arab and Muslim rights, said Bazzi, adding that an indictment in the murder of Rafiq Hariri would show the terrorist movement as a sectarian one, which would hurt its image. In addition, an indictment by the tribunal might lead to international sanctions against the organization or its leaders.

Both experts agree that the situation is not likely to escalate, as Hezbollah has no interest in trying to use force at this point in time. It is also unlikely that the walkout will have regional ramifications, they both said.

Political stalemate has been the lot of Lebanon ever since the assassination of Rafiq Hariri. Large-scale demonstrations followed the murder, in which protesters succeeded in sending home 40,000 Syrian troops that had been stationed in Lebanon since 1976. Syria has been a main backer of Shiite Hezbollah, along with Iran, since the movement’s inception in 1982.

The elections in 2005, the first free elections since the end of the Lebanese civil war in 1989, divided Lebanon into the two blocs.

The political system came to a halt again when then-President Emile Lahoud stepped down at the end of his term in 2007 with no obvious successor. The two parliamentary factions could not agree upon his replacement. Parliamentary elections in 2009 were followed by prolonged negotiations to create a coalition government. The National Unity government was finally formed in November 2009—and lasted until it was dissolved this week.

Correction: A previous version of this article contained incorrect information. In actuality, eleven ministers resigned from the government, 10 from the Hezbollah-led opposition and one government minister. Also, Hezbollah is Shiite, but the bloc contains other groups as well. Syrian troops left Lebanon since 1976. The Epoch Times regrets the errors.