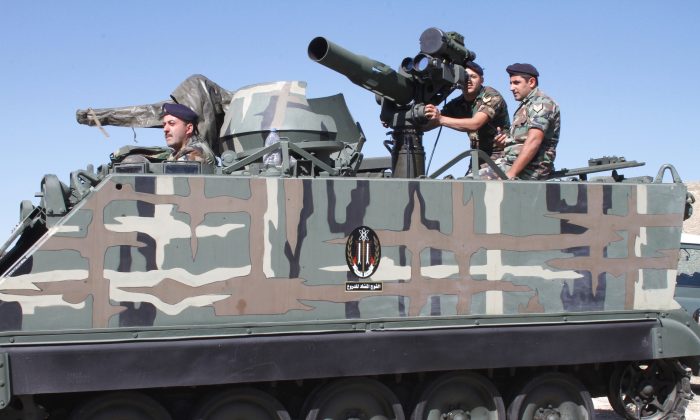 BEIRUT—A local Islamic State leader was killed on Saturday during a dawn raid by the Lebanese army in which troops arrested 10 suspected militants who had entered a northeastern border town from Syria, the army said.

No soldiers were reported wounded or killed in the operation in Arsal, which militants briefly overran in 2014 in a battle that killed dozens and marked one of the most serious spillovers of the six-year Syrian conflict into Lebanon.

“An army unit carried out a swift raid at dawn today in Arsal, resulting in the arrest of 10 dangerous terrorists who had previously infiltrated,” the army statement said.

The local militant leader killed in Saturday’s raid was involved in attacking military positions and kidnapping soldiers during the fighting in Arsal three years ago, it said.

A military source said the alleged Islamic State leader had also ordered the killing of Lebanese soldiers while the other 10 suspects were arrested on charges of smuggling weapons.

The 2014 clashes ended after the militants including Islamic State fighters withdrew to the hills around the border, taking 19 captured Lebanese soldiers with them.

A number of attacks in Lebanon in recent years have been linked to the war in Syria, where Lebanese Shi’ite group Hezbollah is fighting in support of President Bashar al-Assad.