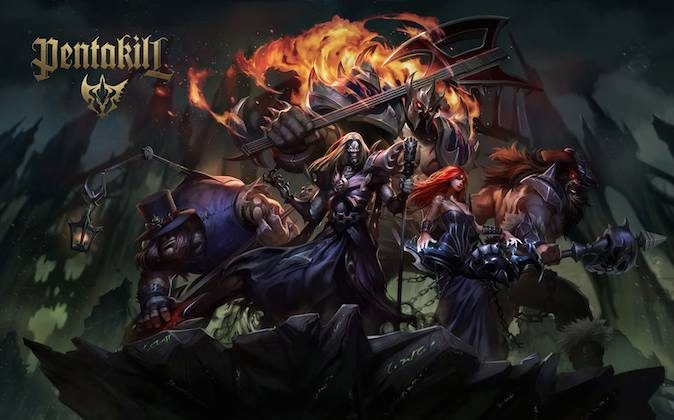 The ban of Alfonso “Mithy” Rodriguez and Erlend “Nukeduck” Holm was announced on Riot’s LoL forums, along with full details of both players’ offenses, Riot’s ruling, and penalties.

Riot has traditionally released information of bans via its forums.

Rodriguez and Holm were both said to have “exhibited extremely toxic behavior in solo queue” in recent months.

Rodriguez was guilty of “in-game harassment, verbal abuse, and continual use of racial slurs,”and was reported in “30% of the games he played, with nearly 60% of those reports being for Offensive Language, Negative Attitude, and Verbal Abuse.” In fact, Rodriguez’s “harassment score rose to be within the top 1% of all players on EUW,” and he was also reported “over 30 times for leaving the game/going AFK.”

Like Rodriguez, Holm too was guilty of “in-game harassment, verbal abuse, and general toxicity.” Holm was reported to have committed the transgressions in “30% of the games he played, with over 65% of those reports being for Offensive Language, Negative Attitude, and Verbal Abuse.”

Both players were slapped with suspension from LoL’s Championship and Challenger series till the end of 2014.

Rodriguez has since responded to his ban on Twitter.

“I must agree I didn’t have the best behaviour so the the ban is deserved,” he wrote, and intends to work as a coach during his down time while working “on my behaviour” so that he can “try and come back to the scene.”

Rodriguez added, “Forgot to apologize to everyone I disappointed the fans and most importantly my teammates as well as [eSports group Ninjas in Pyjamas] who always treated us well. SORRY.”

Holm, also took to Twitter, albeit in a less repentant fashion than Rodriguez.

Holm said, “I don’t disagree with Riot at all but I wish I would get a proper warning. I didn’t get a ban on my account in 14 months or any other warning.”

He added, “It’s not too bad for me. I’ll take it as a learning experience and try to come back stronger.”

League of Legends currently has more than 27 million players in January 2014, and is the most watched eSport in 2013, with more than 2.4 billion hours viewed.