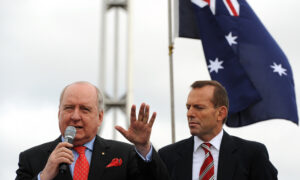 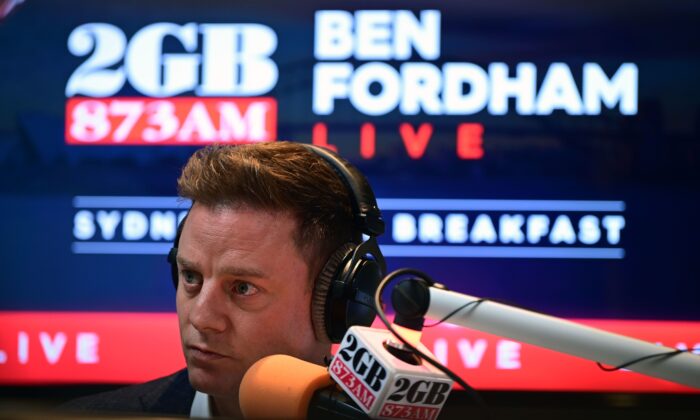 Leading conservative Sydney radio station 2GB has lost its number one position for the first time in nearly two decades.

It beat out 2GB’s Ben Fordham, who came in at 13.3 percent, dropping 0.2 percent in the latest GFK survey.

The result comes a year after former high-profile host Alan Jones announced his retirement in May 2020. When Fordham took over, the show held a market-leading rating of 17.9 percent.

Fordham wrote on Twitter, “Congrats Kyle and Jackie O, on the win in the radio ratings. You’ve worked hard over decades and deserve the victory.”

Greg Byrnes, head of content at Nine Radio, said despite the loss of the breakfast radio crown, the network still posted strong growth in the younger 25 to 39 age bracket, which increased 26 percent.

“2GB and (Melbourne’s) 3AW remain the clear No.1 stations in Sydney and Melbourne,” he said in a statement.

“In Sydney, Ben Fordham maintained his audience share, and Ray Hadley remains well clear of his nearest competitor in Mornings. We also congratulate Kyle and Jackie O on the result they posted in this survey.”

Radio station 2GB held the breakfast radio crown since 2003 and was criticised for its handling of its relationship with Jones, who appealed to listeners with conservative values.

“I understand, for example, that programmes like (fellow 2GB host) Michael McLaren have stood up, but other programmes have fallen. And I think that indicates that the sorts of listeners who went to 2GB when Alan Jones originally moved there, are really the backbone of 2GB,” former chair of the Australian Broadcasting Authority David Flint told The Epoch Times.

“What 2GB needs to offer to maintain that audience are conservative programmes,” he added. “But they were frightened too because of the actions of a very small group of people who misused the internet to create the impression that there were a large number of people contacting advertisers, and frightening advertisers.”

Alex Wake, President of the Journalism Education and Research Association of Australia, said the drop in ratings was not because conservative listeners were shifting away from the platform.

“Clearly, Alan Jones had a loyal following, but it was perhaps not as large as he and the nation’s conservative politicians like to think,” she told The Epoch Times. “He was better at making headlines for himself than drawing real listeners.”

“History tells us, however, that there is usually a dive in rating when a big personality moves on. It’ll take some time for a new host to build a solid following,” she added.

However, Flint noted that 2GB listeners did not move to its competitor KIIS 1065.

“I have no doubt that the people who listened to 2GB and that sort of programme, were not attracted by KIIS. I think what has happened is that people have moved away from the morning programme, and I think that’s part of a worldwide phenomenon,” he said.

“Conservative radio began to be established in the United States with people like Rush Limbaugh, who was really the pioneer. In Australia, a similar phenomenon emerged, and it clearly became the place for conservative listeners to go, and Alan Jones was the leader of that.”