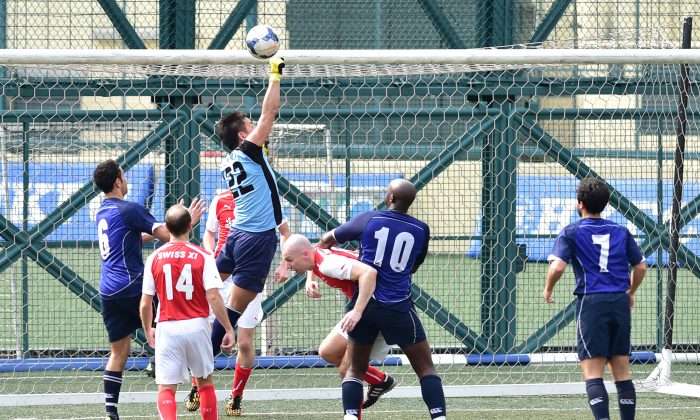 In Saturday’s game, Kitchee prevailed 1-nil in their game against Yuen Long at Yuen Long Stadium courtesy of Alessandro Ferreira’s second half strike after he was released by goalkeeper Wang Zhenpeng’s goal kick to volley past goalkeeper Chan Yu Ming.

In the day’s other game, Eastern recorded a comfortable 4-nil win over BC Rangers at Mongkok Stadium. Eastern took the lead in the 3rd minute when Michel Lugo scored from the rebound after Giovane Da Silva’s shot was blocked following a cross from Lee Hong-lim, and added a second in the 37th minute when Lee Hong-lim crossed and Diego Moreiro fired home. Eastern extended their lead in the 57th minute when Xu Deshuai’s cross was inadvertently directed into his own net by Roberto Fronza, and finished the game off with a fourth in the 88th minute when Giovane Da Silva headed in Tsang Kam-to’s cross for a 4-nil victory.

Central & Western lead the table with 55 points from 20 matches, with Hoi King second with 54 points from the same number of games.

In the first division GAS were 3-nil winners against HKU70’s, Wanderers were 2-nil victors over Swiss XI, Albion won 2-1 against Colts, KCC Dragons drew 1-all with The Store House Squadron, and USRC won 1-nil against HKDC Mobsters.

In the second division, French Kiss won 5-nil against GGFC, Colloids FC were 1-nil winners against KCC Knights, Boca Seniors were 3-1 victors over Azzurri, The Store House Hearts won 5-2 against IES, and Antonhill were 3-2 victors over University.

French Kiss lead the table with 40 points from 17 matches, with KCC Knights second with 31 points from 15 matches.

Dynamo lead the division with 43 points from 18 matches, ANP second with 42 points from the same matches.

In the fourth division, Maccabi HK were 3-nil victors over Rising Sun, Friends of Barclays were 4-2 winners against Scorpions, Power 22 won 3-2 against Bapcoll, Outward Bouind were 2-1 victors over Standard Chartered, Darts were 4-nil winners against Skyline, and Hung Art won 2-1 against WYFC84.

Maccabi HK lead the division with 49 points from 18 matches, with Friends of Barclays second with 42 points from 17 matches.