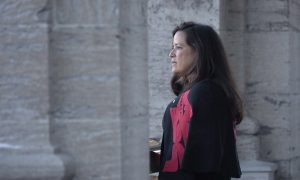 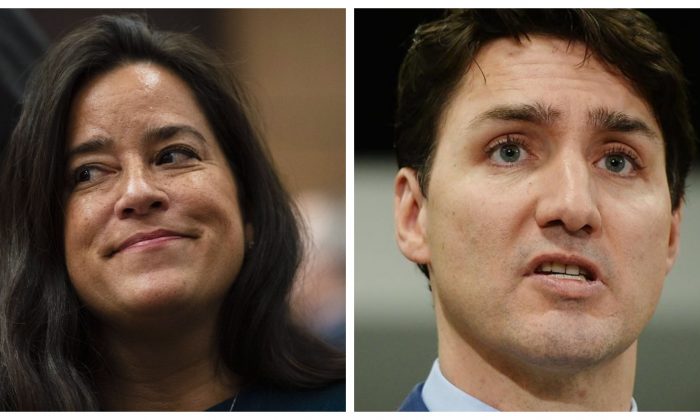 Former attorney general and justice minister Jody Wilson-Raybould’s bombshell testimony on Feb. 27 bears greater scrutiny to determine if obstruction of justice on the part of Prime Minister Justin Trudeau and his office took place, according to legal experts.

Trudeau’s former top aide Gerald Butts and Clerk of the Privy Council Michael Wernick denied any wrongdoing in their testimonies on March 6. Butts said he didn’t know Wilson-Raybould’s final decision on SNC-Lavalin had been made and that she seemed to be soliciting further advice. He blamed himself for the degeneration in the relationship between her and the prime minister.

Wernick, the country’s top public servant, denied any partisanship and said the decision on SNC-Lavalin was Wilson-Raybould’s and hers alone to make.

Trudeau himself had previously disagreed with the characterization of events that his former justice minister provided. Though Wilson-Raybould didn’t directly accuse anybody of breaking the law, former health minister and Treasury Board president Jane Philpott resigned on March 4 over how the issue was handled. Other Liberal ministers have rallied in support of their leader.

The day after Wilson-Raybould’s testimony, five former attorneys general (four Conservative and one NDP) signed a letter urging the RCMP to investigate her allegations of being pressured and asked to intervene in SNC-Lavalin’s prosecution.

The former attorneys general take issue with the “disturbing pattern of events regarding alleged political interference by the Prime Minister’s Office [PMO] and the prime minister himself in an ongoing criminal prosecution.”

Their letter points to two sections of the Criminal Code that deal with obstruction of justice and intimidation of the attorney general.

In her statement, Wilson-Raybould said, “I experienced a consistent and sustained effort by many people within the government to seek to politically interfere in the exercise of prosecutorial discretion in my role as the Attorney General of Canada in an inappropriate effort to secure a Deferred Prosecution Agreement [DPA] with SNC-Lavalin.”

A DPA, or remediation agreement, for SNC-Lavalin would likely entail hefty fines and other probationary measures. But it would avert criminal trial and the potentially crippling punishment of a 10-year ban on government contracts. SNC-Lavalin lobbied hard for leniency and the Trudeau government made DPAs legal last September.

Wilson-Raybould also said she was subjected to “express statements regarding the necessity for interference in the SNC-Lavalin matter” and “veiled threats if a DPA was not made available to SNC.”

Criminal defence lawyer Leo Adler says the “troubling issue” is that politicians pressured Wilson-Raybould after she made the decision not to allow SNC-Lavalin to go down the remediation agreement route, and he indicated that obstruction of justice is the clear charge he can potentially see.

“The contradiction between him [Trudeau] and the former justice minister raises the stakes,” he said.

“Political advice is one thing, but a political executive ‘direction’ to the AG in a criminal matter would exceed the Shawcross standard,” said University of Ottawa law professor Craig Forcese in a blog.

“It is a fundamental doctrine of the rule of law that our Attorney General should not be subjected to political pressure or interference regarding the exercise of her prosecutorial discretion in criminal cases,” Philpott noted in her resignation letter. “Sadly, I have lost confidence in how the government has dealt with this matter,” she said.

The five former attorneys general say that this matter “strikes at the core of the rule of law and independence of our justice system.”

Canada’s adherence to the rule of law is under examination, but Adler believes that it works “fairly well” in Canada.

One aspect of the rule of law is that one law applies to everybody regardless of wealth or social status. Now the ball is in the RCMP’s court.

But Adler also noted that the rule of law includes the presumption of innocence and that the onus is on the Crown to prove guilt beyond a reasonable doubt.

“It [the rule of law] doesn’t mean that you need a conviction,” Adler said. “Unfortunately too many people think that there is no rule of law because so-and-so was acquitted.”

With regard to this particular controversy of giving advice versus pressuring the attorney general, the lines between ethics and legality can get blurred.

“There is a distinction between ethical matters and legal matters,” Adler said. “You could be completely unethical and not be in breach of any law. Just don’t confuse the two.”

Nevertheless, Adler agrees the SNC-Lavalin affair could be politically devastating for the Trudeau government.