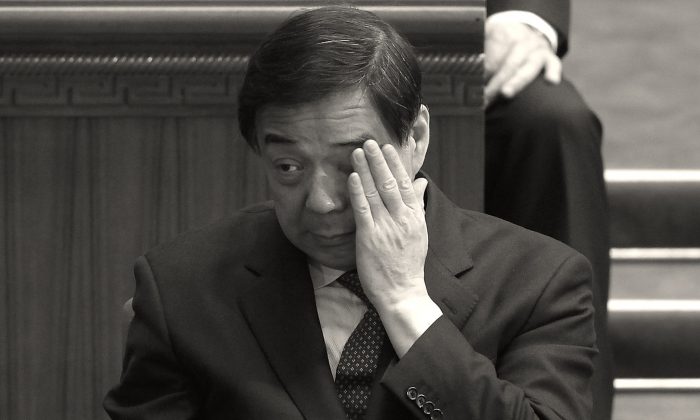 TORONTO—The first in what is expected to be a final series of hearings on a Canadian woman’s lawsuit against former Chinese commerce minister Bo Xilai concluded quickly in Toronto on Monday.

A key question of the trial will be whether the former Chinese Communist Party (CCP) and government official has state immunity for his crimes because he was in office at the time.

The plaintiff, Jin Rong, now a Canadian citizen, mother, and accountant, is arguing through her lawyer Gavin Magrath that Bo’s crimes against her, including illegal imprisonment and torture, were done through his position as a Party chief in the CCP rather than in his role as a government official.

In China, many political campaigns are propelled by the Party through obscured and often illegal or extralegal methods. Chinese laws on the books are often sidestepped by the Party’s security organs, which operate by their own rules and are not accountable to an independent judiciary.

The Chinese regime has tasked the All China Lawyers Association (ACLA) with putting forward the argument that Bo does have immunity. The ACLA is a pseudo bar association which the Chinese regime uses to regulate Chinese lawyers, but also works to repress unwanted activities through withdrawing licenses from those that attempt to challenge the Chinese Communist Party in court over human rights abuses or other wrongdoings.

The ACLA has gained intervenor status in the case and has hired lawyer Malcolm Ruby to argue Bo’s immunity.

On Monday, Ruby argued the immunity issue should be settled before the case moves forward because other issues are moot otherwise. Magrath argued that it makes little difference whether the matter is dealt with first because the court has time set aside to deal with the case that could be used to give Rong an opportunity to share her story.

Madam Justice Stewart decided to adjourn the proceedings for the day to allow both lawyers to argue that procedural point Tuesday morning when the case will resume.

Stewart has also asked the case to be moved to a larger courtroom to accommodate the unexpected interest of many people that turned out to listen the proceedings. The small Toronto courtroom was filled to capacity with attendees standing along the walls and more outside in the hallway.