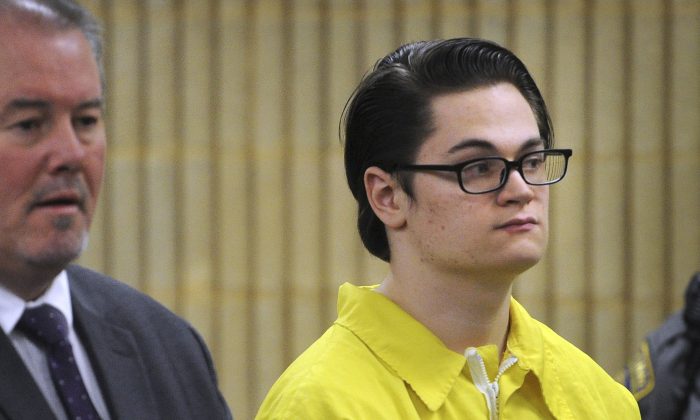 The family of a 16-year-old girl who was stabbed to death by a classmate for rejecting him as a prom date is suing the school system for negligence.

The family said in the lawsuit that their daughter, Maren Sanchez, had notified a guidance counselor at the school that the attacker was troubled and capable of hurting himself and others months before she was killed.

The lawsuit was filed on March 15, in Milford Superior Court in Milford, Connecticut. The family said in the suit that the attacker, Christopher Plaskon, was emotionally disturbed and threatening to commit self-harming actions by cutting himself with a knife.

Sanchez was killed by Plaskon on April 14, 2014, at about 7:15 a.m., the day of their junior prom. Officials said in the affidavit that an individual tried to pull Plaskon off the girl, and a witness saw Plaskon getting rid of a bloody knife.

He was then taken to the principal’s office at the Jonathan Law High School. While wearing blood-stained clothes Plaskon told authorities, “I did it. Just arrest me.”

The Hartford Courant reported that the attacker’s father, David Plaskon told police that his son “had recently appeared to be bothered by the fact he was turned down by a female to attend the high school prom.”

The father also said “they had no immediate safety concerns for their son’s mental health or well-being” and when he was dropped off at school on the day of the murder, Plaskon “appeared to be in good spirits.”

However, according to the Hartford Courant, one of the attacker’s friends told authorities that Plaskon “had thoughts of hurting” Sanchez because he “wanted to be more than just friends” with her.

Court documents also stated that Plaskon wanted to take her to the prom but she already had planned to go with a new boyfriend.

Although Sanchez’s family and friends claimed that Plaskon was upset because she rejected his invite, his lawyer said that the claims are “inaccurate.”

Meanwhile, Elizabeth Feser, Milford’s school superintendent, said officials would “allow the judicial system to determine the outcome” and she would not comment on the legal proceeding.

The defendants named in the lawsuit are the city of Milford, their board of education, the attacker, and his family.

The mother of the victim said the school and Plaskon’s parents could have prevented the murder.

“We feel there was an opportunity here for the school system and Plaskon’s parents to intervene to prevent Maren’s death from happening,” said Donna Cimarelli-Sanchez, the victim’s mother, in a statement reported by the CT Post.

“We’re bringing this lawsuit to make sure that reports like the one Maren made are properly handled and that parents and school personnel will respond to protect minor children from terrible injury and death,” she continued.

The lawsuit comes one week after Plaskon pleaded no contest to murder for the death of his classmate.

Plaskon’s attorney said the attacker suffered from psychosis and was held at a psychiatric hospital after the stabbing.

He faces up to 25 years in prison when he is sentenced on June 6.