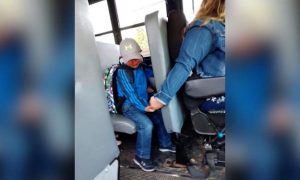 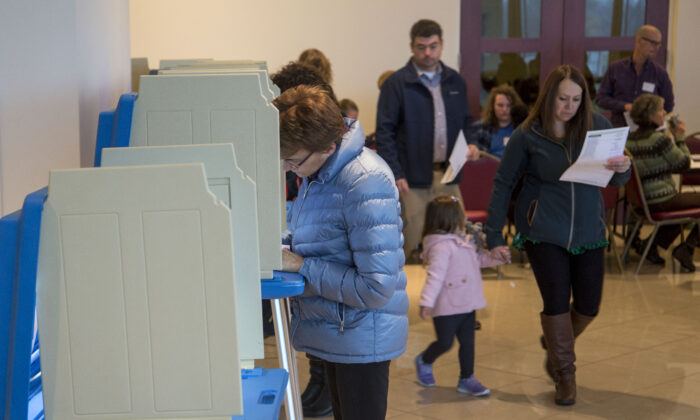 Voters go to the polls to cast their midterm ballots at the Annunciation Greek Orthodox Church Cultural Center on Nov. 6, 2018 in Wauwatosa, Wis. (Darren Hauck/Getty Images)
US News

More than 234,000 voter registrations are in question in Wisconsin after a lawsuit filed Wednesday challenged the state’s electoral commission on its housekeeping in the lead up to the 2020 elections.

The lawsuit, filed on behalf of three Wisconsin voters by the Wisconsin Institute for Law and Liberty (WILL), alleges that the Wisconsin Elections Commission (WEC) broke the law when it decided in June to allow a two years grace period before deactivating voters who may have moved.

Wisconsin is one of 29 states that participates in the Electronic Registration Information Center, or ERIC, which improves the accuracy and security of America’s voter rolls.

The system also flags movers and, under state law, voters are required to confirm an address within a 30-day period or listed as ineligible to vote if they do not, the lawsuit alleges.

WILL president and general counsel Rick Esenberg said in a statement: “The Wisconsin Election Commission was warned in October that they were acting contrary to state law by allowing voter registrations at old addresses to remain active beyond 30 days.

“Instead of reversing course, the Wisconsin Election Commission has stubbornly doubled down. This lawsuit is about accountability, the rule of law, and clean and fair elections,” Esenberg said.

The commission, which is made up of an equal number of Republican and Democratic appointees, last month rejected the complaint and said it was confident it had complied with Wisconsin Law.

According to the commission, it mailed notices in October to about 234,000 voters identified as potentially having moved in-state or out of Wisconsin. They were flagged based on a review of documents such as a change of address with the post office, updated address with the Wisconsin DMV, or a change of address on a driver’s license. The commission added that 25,198 of these voters were inactivated on Oct. 4 after showing a match to registrations made in other states.

However, the WEC decided following a June vote that voters who do not confirm their address within the 30-day deadline from October will be able to remain on the active poll list until after the April 2021 Spring Election, after which they will be deactivated.

The commission noted that this would provide ample time to “receive feedback from the Legislature about whether a law change was necessary.”

“We want voters to be prepared for 2020,” said Meagan Wolfe, Wisconsin’s chief elections official. “This mailing is designed to help people who may have moved within Wisconsin make sure they’re ready to vote next year. It will not keep anyone eligible from voting.”

The lawsuit argues that WEC “contravened the will of the Legislature and created new election law policy for the State by simply voting on such a new policy in a motion at a WEC meeting.”

It asks a judge to require the commission to deactivate any of the 234,000 voters who received notice in October and did not respond within 30 days.

According to a WEC statement issued last month, the commission is scheduled to discuss the mover mailings at its Dec. 2 meeting. The commission has invited WILL and the public to provide input.

CORRECTION: This article has been corrected to say that WILL was referring both to voters who had moved both in-state or out of state. It has also been edited to include the number of voter records inactivated on Oct. 4, and to clarify that the decision was made following a vote in June. The Epoch Times regrets the error.