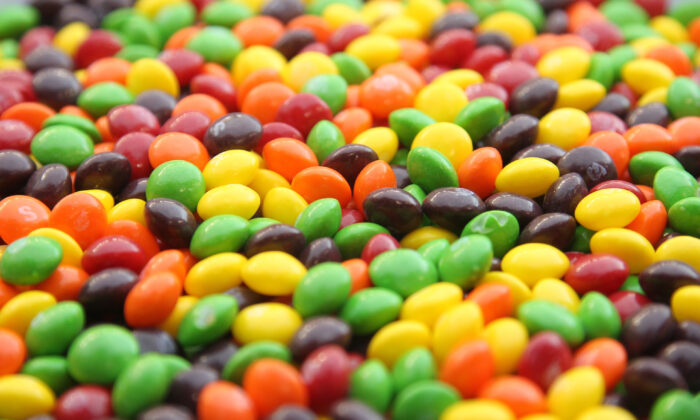 Lawsuit Says Skittles Are Unsafe to Eat, Expert Weighs In on Risk

A class action lawsuit was filed in Oakland, California, claiming that Skittles carry a toxin that makes them unsafe to eat.

The lawsuit was filed by Jenile Thames, a resident of San Leandro, California, on July 14. It alleges that the candy, which is owned by Mars Inc., contains “heightened levels” of titanium dioxide.

In 2016, Mars issued a statement saying that they intended to stop using the agent in their products within five years. However, Thames said that Skittles still contain the substance.

“Titanium dioxide is a chemical. It is actually found in nature, but it can also be manmade. And it’s used for basically a lot of different things but mostly as a whitening agent,” Dr. Kelly Johnson-Arbor, a medical toxicologist and director at National Capital Poison Center, told NTD, a sister outlet of The Epoch Times, in an interview. “Titanium dioxide is present in a lot of things that we use every day, from shampoos to foods to coffee creamer.”

The lawsuit alleges that titanium dioxide can cause DNA, organ, and brain damage along with lesions in the kidneys and liver. It also states that the European Union has banned the chemical’s use in foods and that this ban will go into effect in August.

“There have been studies in rats and mice that have shown that exposure to high amounts of titanium dioxide may cause problems with genetic material, may cause inflammation, and in some cases may cause cancer,” said Johnson-Arbor. “So based on those studies, the European Union has decided that titanium dioxide is really not safe as a food additive, so they have banned its use in foods starting this year. We have not banned it in the U.S., and that’s probably because there’s just not a lot of good evidence. A lot, actually most, of the evidence has been done on animals. We don’t really have any good evidence that titanium dioxide is harmful to humans.”

The FDA does allow titanium dioxide in food as long as it “does not exceed 1 percent by weight of the food.”

“It’s there in small amounts. It’s in a lot of things that we encounter every day, and we don’t have any good evidence that it causes disease in humans,” she said.

Mars did not immediately respond to a request for comment.