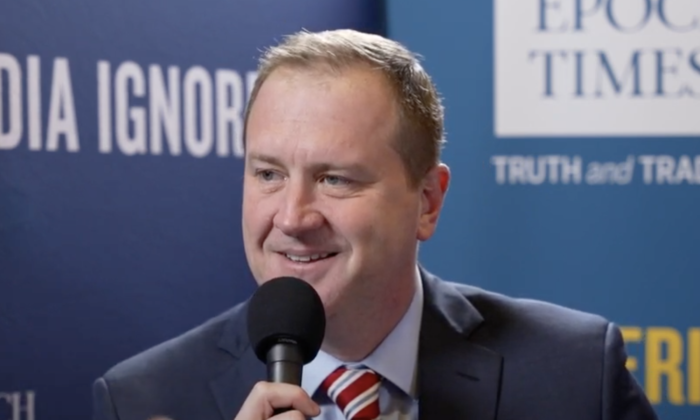 Missouri Attorney General Eric Schmitt says he’s determined to hold the Chinese Communist Party (CCP) accountable for misleading the world about the transmission of the virus that caused the COVID-19 pandemic.

Schmitt told The Epoch Times that although it’s an arduous process, the lawsuit is beginning to move forward.

“We’ve sued the People’s Republic of China, that is a process where you have to go through to serve the state, through the Hague Convention, which they objected to, it’s taken us a while to get service,” he told Roman Balmakov, the host of EpochTV’s “Facts Matter,” in a recent interview. “Same on the non-government actors, like the Wuhan lab, and so we’re getting to a place finally now, we’ve got service.”

Sharri Markson: Unmasking the Wuhan Institute of Virology and the Origins of COVID-19

Missouri was one of the first states to file a lawsuit against the CCP and the Wuhan Institute of Virology (WIV) for their alleged coverup of the pandemic. It’s taking a long time but Schmitt says his state will continue the effort to get accountability from the CCP.

“And that is what we’re going to do once we get a judgment here,” Schmitt said. “So, we’re not letting up. It’s just taken a while to make its way through the courts when a state like Missouri is suing the People’s Republic of China. It’s not like serving the florist down the street, you know, it’s a different animal.

“We filed the lawsuit and here’s what we allege: that they covered this up. They sat on the information, they knew about the human-to-human transmission in November, December, [and] didn’t tell the world about it until the end of January” in 2020.

Schmitt said the regime in Beijing took steps early on to halt domestic flights (while not limiting international flights), and hoard and import a massive amount of personal protective equipment (PPE) before sharing information about the viral outbreak.

“So, the Chinese Communist Party which, of course, runs the People’s Republic of China, is directly responsible for the proliferation of this virus across the world, killing people and upending the economy.”

At the start of the outbreak, U.S. national security adviser Robert O’Brien said he thought China’s lack of candor likely cost the world two months toward limiting its spread.

“It originated in Wuhan in Hubei Province in China; it originated some time ago,” O’Brien said in March 2020 during an event at the Heritage Foundation in Washington.

“Unfortunately, rather than using best practices, this outbreak in Wuhan was covered up. There’s lots of open-source reporting from China, from Chinese nationals, that the doctors involved were either silenced or put in isolation or that sort of thing, so that word of this virus could not get out.”

Both the CCP and the WIV have been served with the lawsuit and Schmitt says he’s waiting for a response.

“They have not answered the complaint that’s been filed and so we’re going to continue to move forward, and if that means getting a judgment and seizing their assets, we’re going to do it,” he said.

Wuhan was the early epicenter of the pandemic when a cluster of infections emerged near a local wet market there. Now, two years later, the origins of the CCP virus, the pathogen that causes COVID-19, remain unknown, but many suspect the virus originated from the WIV—a lab that has researched bat coronavirus for more than a decade and is located near the epicenter of the first outbreak.

Schmitt explained the next step in the legal action against the CCP and the Wuhan lab.

“We had a court filing just last week with the judge to explain why everything has been completed, and we look forward to having those judgments entered so we can move forward with collecting on it,” he said.

Schmitt said the CCP threatened to sanction him but he won’t be deterred in his effort to hold them accountable.

“I don’t care. I don’t care because China is a huge threat on the world stage as we’re seeing and what they did with the coronavirus, they need to be held to account on that,” he said.