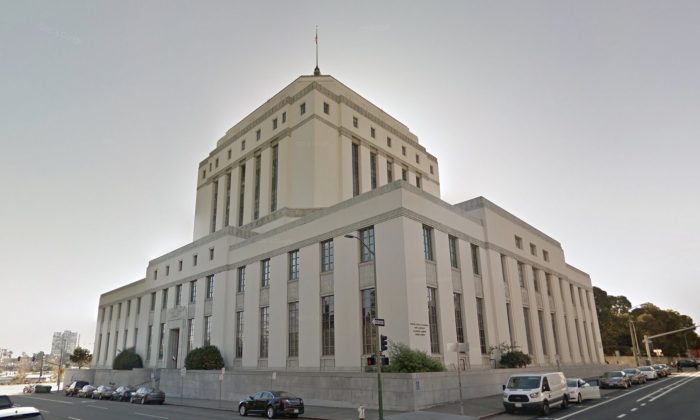 The Californians for Equal Rights Foundation (CFER) and two co-plaintiffs filed a complaint against Alameda County in the Superior Court of California of Alameda on July 25, alleging that state programs encourage racial quotas.

“The argument of the lawsuit is that the Alameda County government is violating both the 14th Amendment to the U.S. Constitution and the California state constitution, the equal protection clause in the state constitutions,” CFER executive director Wenyuan Wu told NTD, a sister outlet of The Epoch Times.

Represented by Pacific Legal Foundation (PLF), CFER and its co-plaintiffs are suing [pdf] over the Alameda County Construction Compliance Program [pdf] and Enhanced Construction Outreach Program. Both programs set aside 15 percent of “participation goals” for minority-owned businesses that bid for county construction projects.

However, the U.S. Supreme Court has ruled against using racial quotas in governmental contract awards, as seen in the 1989 case of City of Richmond v. J.A. Cronson and in the 1996 case of Adarand Constructors v. Federico Pena. On the federal level, the U.S. Department of Labor’s Office of Federal Contract Compliance Programs prohibits “the use of race to be weighed” in on contract decisions.

Similarly, California voters rejected Proposition 16 in 2020, keeping the ban on affirmative action and ban on considering gender and ethnicity when making decisions on contracting, hiring, and student admissions.

Many construction company owners, including those who would benefit from the racial quotas, have commented that these programs have had a negative effect.

Andrew Salazarm, a Los Angeles-based, mixed-race construction company planner, told the California Globe that set-asides and quotas are more harmful than good, adding that the government is choosing companies based on race instead of going with the “quality or the lowest bidder.”

“The impact of having racial quotas under the ban of participation goal for minority-owned businesses is discrimination,” said Wu. “Businesses that are not minority-owned are going to be discriminated against even if their credentials are strong. They are not competing with all the other small businesses with equal footing.”

According to the complaint, the law is taking advantage of taxpayers and denying equal opportunities for all contracting companies through “government-sanctioned racial discrimination.”

An Alameda County spokesperson told The Epoch Times the county was advised by legal counsel not to comment on the case.

A scheduled court date for the lawsuit is still pending.