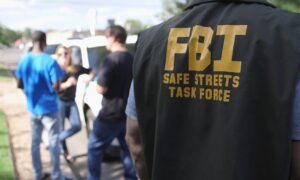 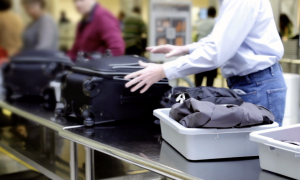 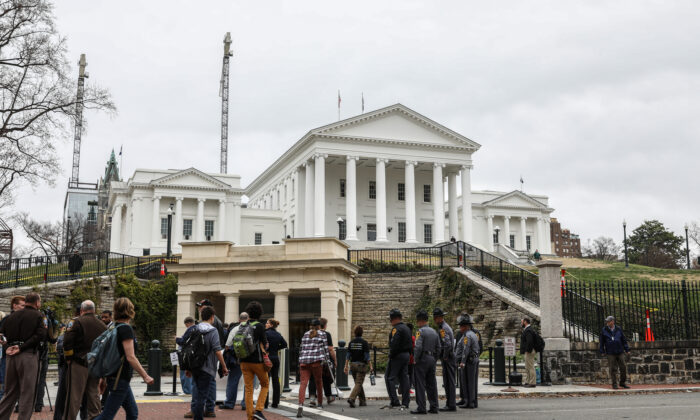 The top Republican in Virginia’s lower house said that any group planning to incite violence at a Jan. 20 gun-rights rally should stay home, adding that the thousands of law-abiding Virginians who are expected to assemble at the Capitol just want to have their voices heard.

The rally, on what is known as Lobby Day, is being organized by the Virginia Citizens Defense League (VCDL), a nonprofit grassroots organization whose goal is to advance the rights of Virginians to keep and bear arms.

“Lobby Day is a time for people to peacefully assemble and petition their government. It is not a place for hate or violence,” Todd Gilbert, the Republican leader in Virginia’s House of Delegates, said in a Jan. 18 statement. “Any group that comes to Richmond to spread white supremacist garbage, or any other form of hate, violence, or civil unrest isn’t welcome here.”

Gilbert said that House Republicans reject “any attempt by any group to infuse any kind of twisted or extreme worldview into this fundamentally democratic exercise.”

“While we and our Democratic colleagues may have differences, we are all Virginians and we will stand united in opposition to any threats of violence or civil unrest from any quarter,” he said.

The VCDL, which runs the rally each year, has stressed that it’s a peaceful demonstration about gun rights only.

“There have been many rumors, videos, and articles flying around the internet. We cannot stress enough that this is a peaceful day to address our Legislature,” the group said on its website. “Yes, we hold a rally, but the point of the day is communication with our Representatives.”

Tony Martin, the managing partner of a local gun store, told The Epoch Times that locals told him they estimate that about 50,000 people would attend the rally. Normally, the annual event draws far fewer people, he said.

Northam declared a temporary state of emergency on Jan. 15 that prohibits “all weapons, including firearms, from Capitol grounds” in advance of the rally. Northam’s office said the rally is expected to draw “tens of thousands of advocates.” The arms ban lasts from 5 p.m. Jan. 17 to 5 p.m. Jan. 21.

Every person attending the rally must enter through a security checkpoint, according to officials.

Law enforcement intelligence analysts, according to Northam’s office, had identified “credible threats of violence surrounding the event,” as well as what they claimed was “white nationalist rhetoric and plans by out-of-state militia groups to attend.”

The Justice Department announced Jan. 16 that three men were arrested by the FBI and charged with “firearms and alien-related charges.” They are alleged to be members of a racially motivated, violent extremist group known as “The Base.”

Democrats won control of both chambers of the state legislature in the November 2019 elections and have vowed to enact stronger gun control policies. They believe stricter legislation will help reduce shootings and deaths and “break the cycle” of gun violence.

The VCDL has donated more than $200,000 to state lawmakers since 2002, records show. It’s an influential grassroots gun-rights organization with a long record in the state.

Gun rights advocacy organizations on Jan. 17 filed an emergency appeal of a judge’s ruling that upheld the Virginia governor’s ban on firearms at the rally. The Virginia Supreme Court later declined to hear the appeal, leaving the state of emergency ban in effect.

Earlier, the VCDL and Gun Owners of America had sought an injunction against the temporary ban, but Judge Joi Taylor ruled that Northam had the authority under state law to take action related to “the safety and welfare” of the state.

The Virginia Senate on Jan. 16 passed measures to require background checks on all firearms sales, limit handgun purchases to one per month, and restore local governments’ right to ban weapons from public buildings and other venues.

The legislation will now go to the House of Delegates for consideration; it will have to be approved by the House and be signed by Northam to become law.