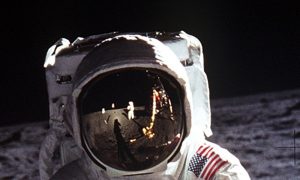 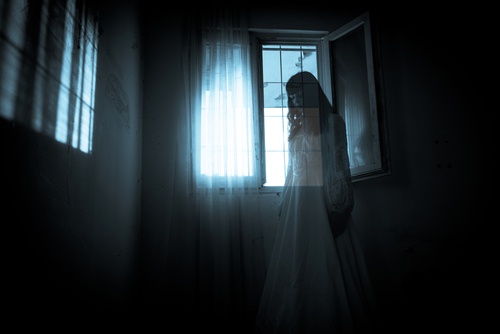 When people are in danger, they often call the police, but some officers have found themselves powerless against a seemingly paranormal danger. Here are some events that have made police officers believe in the paranormal.

Latoya Ammons of Indianapolis and her three children gained global media attention last week with a terrifying story of possession and exorcism witnessed and affirmed by some police and health-care professionals.

Police Captain Charles Austin of Gary, Ind., told the Indy Star he thought Ammons was lying at first, but after visiting her home, “I am a believer.”

Department of Child Services (DCS) case manager Valerie Washington and registered nurse Willie Lee Walker both reported they watched Ammons’s 9-year-old son walk smoothly backwards up a wall to the ceiling, then land on his feet on the floor. He had a “weird grin,” Washington said in her report.

The Star obtained some 800 pages of official records chronicling the accounts of police officers, DCS personnel, psychologists, family members, and more. Washington witnessed the youngest child, 7, speaking in a demonic voice that didn’t seem his own before his eyes rolled back in his head and he passed out. He growled and bared his teeth at her.

Ammons believes demons haunted the home, emanating from a point in the basement.

2. Police Captain Investigates His Past Life

Now-retired Indianapolis Police Department Captain Robert L. Snow put his detective skills to work on a paranormal case he was very skeptical about.

An avid reader on a plethora of subjects, Snow picked up a book written about past life regression hypnosis. He thought it was interesting and decided to give it a try, though he didn’t take it seriously as a way to remember past lives, as he didn’t believe in reincarnation.

As commander of the homicide branch, he applied all his detective skills to the evidence pulled up in his hypnosis.

He was startled to find what he said during hypnosis actually described accurately in detail the life of a little-known painter, Carroll Beckwith. He had even seen one of this painter’s works while in hypnosis.

“The evidence I uncovered in this two-year investigation is so overwhelming that if it had been a criminal case, there would be no plea bargaining. A conviction would be assured,” he writes in his book “Looking for Carroll Beckwith.”

Snow asked other police officers he worked with whether they had ever seen anything paranormal. He writes: “Two officers told me about witnessing objects inexplicably moving around in a house that neighbors had complained was possessed. The police department brass, I discovered, obviously considered the officers’ report credible because, though they kept it quiet, they sent the police department chaplain out to the house with instructions to see if he could bless or exorcise it.”

Another captain told Snow that at a shoot-out he had an out-of-body experience. He watched himself and the others from above.

A Reddit user who identified himself as a police officer recounted two paranormal incidents.

In 2007, he said, a family reported hearing train sounds and screaming near their old farm house.

The user writes: “No train tracks for miles … until you realize that the walking path behind the house was an old railroad line that donated the track space to complete the walking path.”

The same Reddit user told the story of what seemed at first to be a standard dispute between neighbors.

A woman, whom he deemed rational and credible, said she heard a neighbor often yelling for her to “leave the home.” She was new to the neighborhood and she deemed it an act of racism from a neighbor.

Some other strange incidents happened, like when some beverage cans were inexplicably crushed. She had assumed this “racist neighbor” had shot them with a pellet gun, but the officer said that did not seem to be the case.

He accompanied her to a neighbor’s house in the direction from which the angry male voice often came. Two elderly ladies lived there.

When the officer and the woman explained what the voice had said, the ladies were dismayed.

One of the ladies referred to the previous tenant, saying “[he] said that happened to him before he passed.”

The previous tenant had heard a voice saying “Leave the home,” before he overdosed on sleeping pills.

*Image of ghost via Shutterstock