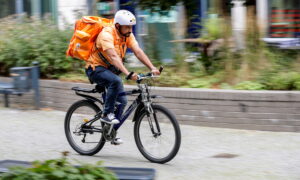 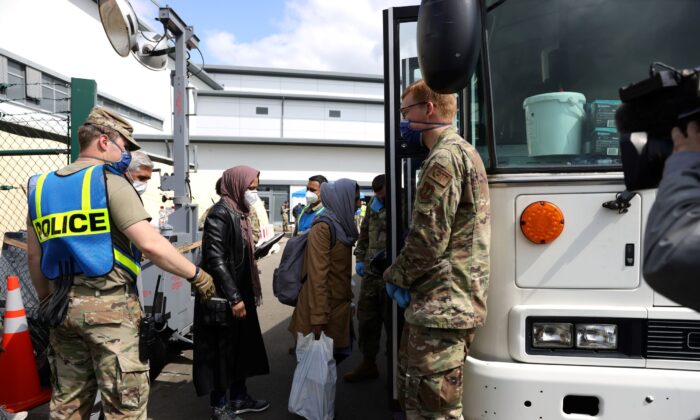 Evacuees from Afghanistan walk from a temporary tent to a bus at Ramstein Air Base in Ramstein-Miesenbach, Germany, on Aug. 26, 2021. (Andreas Rentz/Getty Images)
Europe

An Afghan student who was on the onward flight to Germany from Uzbekistan said he never wanted to return to his homeland after seeing his desperate countrymen sleeping outside Kabul airport for days.

“The past few days were very burdensome,” said the 28-year-old. “People have been spending the night near the airport for days to maybe get a chance to get near the entrance and then get inside somehow. It is very tough for us and when you see the people there, it’s hard to take.”

Germany says it has received assurances from the Taliban that Afghans with legal documents will be able to travel on commercial flights beyond Aug. 31, when the last NATO troops will leave the country.

A suicide bomber with an ISIS-affiliated terrorist group killed 85 people, including 13 U.S. soldiers, outside the gates of Kabul airport on Thursday, complicating efforts to evacuate Afghan civilians.

Germany completed its military withdrawal from Afghanistan in June but had returned a contingent to Kabul to evacuate civilians in danger of retaliation from Taliban, mainly Afghans who had worked for its military and for aid groups.

The chaotic airlift that followed the Taliban’s lighting takeover of the country has sparked a debate about immigration and prolonged military operations, a month before a general election in Germany.