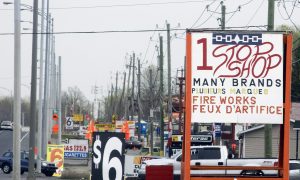 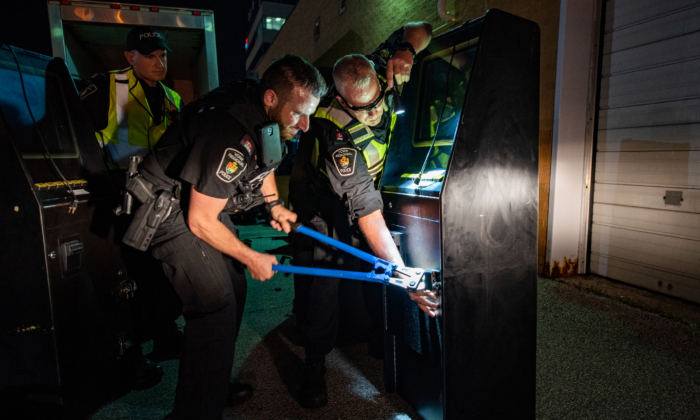 The York Regional Police have announced the conclusion of a large-scale, 18-month-long mafia investigation targeting the infamous Figliomeni crime family that has been called the largest organized crime bust in the history of Ontario.

Involving over 500 police officers and 48 executed warrants, the lengthy investigation was dubbed “Project Sindicato” and was aimed at a crime group with close ties to Italy’s ‘Ndrangheta mafia clan. A parallel investigation also took place in Calabria, Italy, and on the same day, the Italian State Police arrested 12 people in connection to the case.

Most prominent among the nine arrests was Angelo Figliomeni, a 56-year-old man who the YRP said was the alleged head of the crime family. The eight others arrested were “key players” of the organization, Det. Sgt. Carl Mattinen said at a press conference on Thursday, July 18.

Describing the activities of the crime family, Mattinen said that under the leadership of Figliomeni, the organization developed an enormous money-laundering system to hide their illegal profits from gaming and gambling. These activities were reportedly carried out for nearly three decades between Italy, Vaughan, and the Greater Toronto Area, and were believed to have netted $70 million in profits in the last several years alone.

The “Project Sindicato” raid officially took place on July 12, but the formal investigation into the Figliomeni crime group began in the early months of 2018, according to the York Regional Police website. Police had taken notice of a pattern of violent crimes around Vaughan in 2017—including attempted murders, shootings, and arson—and managed to successfully trace it back to the mafia family.

That first investigation led to last week’s massive crime bust where a total of $35 million in assets was seized across Vaughan and the GTA. Some of the property now under the possession of the YRP include 27 mafia-owned homes, 23 luxury vehicles, high-end Rolex watches and jewellery, astronomically expensive bottles of alcohol, and more than $1 million in cash.

“These arrests signify the fall of power for the most significant ‘Ndrangheta crime family operating in the York Region,” Chief Eric Jolliffe said at the press conference.

“Over the past 18 months, we have invested heavily, using our finest and most highly trained investigators to bring an end to this family’s international illegal gaming and money-laundering activities. We know that violence has occurred as a result of their activities and that our community is a safer place following these arrests and charges.”

Fausto Lamparelli, an officer working with the Italian State Police, was present in Vaughan for the announcement and gave comments through the help of a translator. He said the investigation behind “Project Sindicato” allowed police to learn something new: the wing of the ‘Ndrangheta clan in Canada is “able to operate autonomously, without asking permission or seeking direction from Italy (where the roots of the mafia clan are located).”

“It suggests the power and influence the Canadian-based clans have built,” Lamparelli said. “This is something we have never seen before.”

The investigation focusing on the larger network behind the Figliomeni crime family is still ongoing. Some of the major forces working together to bring the ‘Ndrangheta down include the York Regional Police Organized Crime and Intelligence Bureau, the Canada Revenue Agency, the Ontario Provincial Police, the Peel Regional Police, Canada Border Services, and the Financial Transactions and Reports Analysis Centre of Canada (FINTRAC).

According to CBC News, the nine alleged crime family members were brought before the courts and charged with money laundering, tax evasion, firearms offences, and a range of criminal organization-related activities, among other crimes.