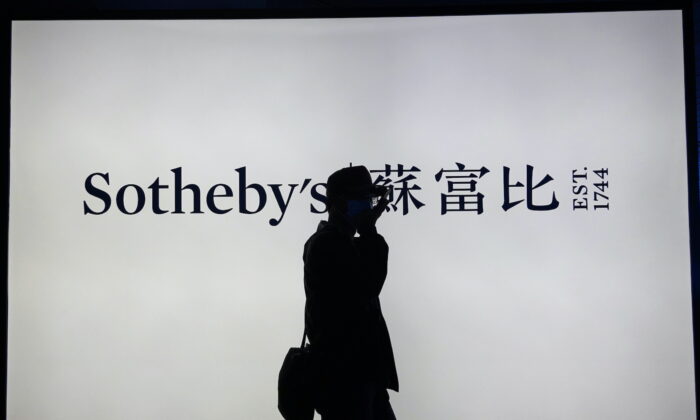 A man walks past a Sotheby's sign at its spring sales exhibition at the Hong Kong Convention and Exhibition Centre on April 16, 2021. (Joyce Zhou/Reuters)
Business & Markets

NEW YORK—It’s the largest and most valuable blue diamond to ever come to auction. And, it’s a recent discovery.

The more than 15-carat De Beers Cullinan Blue diamond was mined in 2021 at South Africa’s Cullinan Mine, one of the few sources in the world for extremely rare blue diamonds. It will be offered in a single-lot auction at Sotheby’s Hong Kong this April and is estimated to be valued in excess of $48 million.

Sotheby’s Senior Vice President and Sales Director for Jewelry Frank Everett said the jewel is remarkable on many levels.

“It’s rare because of the size. It’s over 15 carats. It’s a vivid blue. It’s internally flawless. And really one of the most rare aspects of it is the cut,” he said.

“I think we’re going to see tremendous interest in this stone when it finally comes to auction,” he said. “The market is very strong for jewelry at the moment, has been really for the last several years, but one of the strongest segments is colored diamonds. And one of the strongest colors is blue.”

The Gemological Institute of America (GIA) graded the diamond a Fancy Vivid Blue—the highest possible color grading according to Sotheby’s, awarded to no more than 1 percent of blue diamonds submitted to the GIA.

By Hussein Waaile and Christine Kiernan