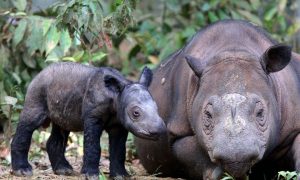 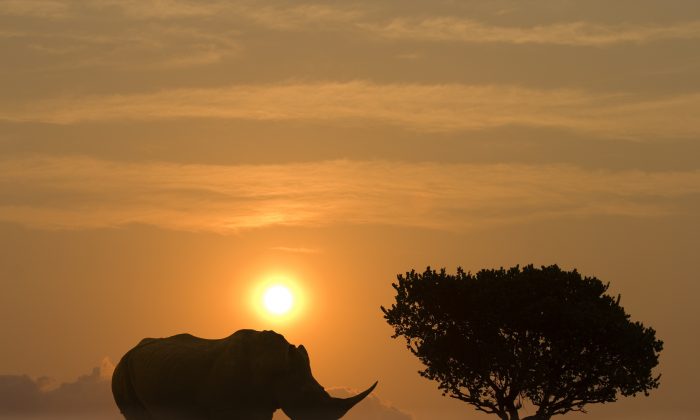 Facing extinction are well-known and iconic species such as elephants, hippos, all species of rhino, European bison, and Indian water buffalo. (Nieuwenhuisen/iStock)
Environment

Until relatively recently, lots of different massive mammals roamed across our planet. Mastodons, mammoths, giant elk, rhinoceros-sized marsupials, saber-toothed cats, marsupial lions, dire wolves, American cheetahs … the list goes on and on. Then modern humans spread throughout the world and the vast majority of those large species disappeared. Our planet’s large mammal biodiversity is a shade of what it once was.

Sadly, research we’ve carried out shows that the large mammal extinctions of the past 2.5 million years are continuing today—and smaller species are now also threatened.

Our new study, published in Science Advances, reviewed the threats, status, and ecosystem services provided by the 74 largest terrestrial herbivores (exceeding 100 kg or 220 pounds in body mass), and the conservation effort required to save them from extinction.

Our results are highly concerning. The vast majority of these large herbivores are declining in distribution and abundance, such that 60 percent are now threatened with extinction. These include well-known and iconic species such as elephants, hippos, all species of rhino, European bison, and Indian water buffalo, but also less well-known species such as takin, kouprey, mountain and lowland anoa, and tamaraw. The situation is likely to get worse and we risk leaving empty landscapes unless urgent and drastic action is undertaken.

Hunting, habitat loss, and competition for food with livestock are the major threats to the world’s large herbivores. Simply identifying these threats is perhaps the most optimistic result of our study, as these are all issues that can be managed and reduced, provided there is sufficient human will to do so.

While Africa supports the greatest number of large herbivore species, Southeast Asia retains the most that are threatened. The region’s woodlands are facing empty forest syndrome—where they seem intact, but there are few large animals left within them.

Overwhelmingly, it is developing countries that host the remaining megafauna—they are largely gone from the developed world. Consequently, these poorer nations bear the costs of protecting large herbivores, as well as the missed opportunity costs of setting aside large areas of land for conservation rather than food production. The developed world offers paltry support.

Research efforts also suffer from this same disparity. Data deficiency is the bane of conservation management, yet the most-studied large herbivores are the common game species. We know next to nothing about large and highly threatened wild pigs such as Oliver’s warty pig or the Palawan bearded pig, for instance. Without adequate and targeted funding, it is hard to see this research occurring before it is too late for many of the developing world’s big herbivores.

A world without elephants, tapirs, hippos, giraffes, or gorillas would be a much poorer place. Large herbivores are inspirational, and huge numbers of tourists travel the world to observe them.

Yet these species also perform fundamental roles in the ecosystems they inhabit and their loss would substantially alter the natural world. African elephants knock over trees enabling shrubland to develop, for example. This shrubland benefits browsing species such as impalas and black rhinos.

Elephants also make great seed dispersers and there are concerns that this ecosystem service is being lost in parts of Asia and Africa where they are becoming scarce. Other large herbivores have also been shown to have a disproportionate impact on their environments, such that their decline is likely to have repercussions right along the food chain.

The return of bears and wolves to Europe illustrates that developed countries can succeed in conserving wildlife. These large carnivores can also play fundamental roles in their ecosystems, often by limiting numbers of common herbivores such as rabbit or deer, yet globally carnivores are also still in decline.

There are plans to reintroduce beavers, lynx, and wild boar in the U.K., as wolves have been returned to Yellowstone National Park in the United States. But what about the mega-herbivores? Why don’t we bring back herds of wild cattle (the ecological equivalent and modern variant of the extinct aurochs) to the U.K.? Governments are inherently risk averse when it comes to conservation initiatives, but they must start acting before it is too late for these majestic creatures.

Matt Hayward is senior lecturer in conservation at Bangor University in the U.K., and
William Ripple is a distinguished professor and director of the Trophic Cascades Program at Oregon State University. This article was previously published on TheConversation.com.