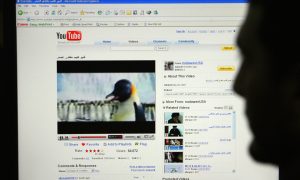 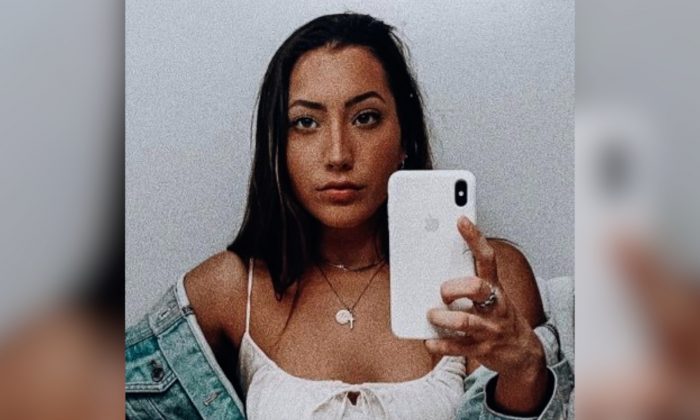 YouTube star Brooke Houts is the subject of a police investigation over a video that appears to show her abusing her Doberman. (@brookehouts/Twitter via CNN)
Entertainment News

Warning: The footage below might be disturbing for some viewers. Please watch at your own risk.

According to TMZ, she is being allowed to keep her dog, and the Los Angeles Police Department’s animal cruelty division said that it is not in any immediate danger.

Houts was slammed after posting the video, appeared to show her hitting, spitting on, and shoving her Doberman, named Sphinx.

According to Entertainment Tonight, she appeared to have uploaded the video by mistake before deleting it and putting up a new, edited version of the video.

The video featured the dog running through an open door covered in saran wrap as a prank.

DOGS DESERVE RESPECT. IF YOU CAN’T TREAT DOGS WITH KINDNESS AND INSTEAD HIT THEM, DON’T GET ONE.

Later, she released a statement on Twitter and said she “not a dog abuser.”

“I want to make it known that regardless of what my dog does, I should not have acted that way towards him,” Houts added.

She has about 338,000 YouTube subscribers and has generated millions of views.

To everyone who has been commenting on my social media as of recently: pic.twitter.com/gnxUbfVHdf

“One day of outrage before the public moves on to the next scandal isn’t enough to stop streamers from hurting animals,” PETA’s Vice President Joel Bartlett wrote, according to Entertainment Tonight. “These people need to know that they’ll no longer get the ‘likes,’ followers, and subscribers they’re so desperate for if they harm a hair on an animal’s head, and PETA is calling for a zero-tolerance policy for animal abusers across all social media platforms.”