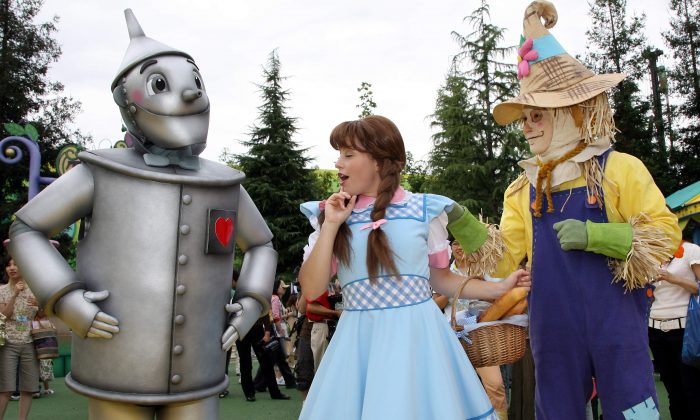 Photographer Seph Lawless has captured stunning pictures at the Land of Oz theme park in North Carolina, which has been closed for over three decades.

The photos are part of a book that Lawless recently published entitled “Bizarro,” which includes pictures from abandoned theme parks from across the country.

But none of the pictures have proven more popular than those from the Land of Oz.

“It’s a really unique place,” Lawless told Fox8. “It sits hidden on top of a mountain, one the highest mountain peaks in the eastern U.S., so being there was almost like entering another planet. It was surreal and completely beautiful.”

When Oz was open, it was one of the most popular amusement parks in the eastern U.S., hosting hundreds of thousands of visitors a year. Tourists could explore Dorothy’s farmhouse, meet their favorite characters from the movie, and go on a hot air balloon ride.

Local real estate agent Cynthia Keller said on her company Emerald Mountain’s website that the park closed due to the owner’s death. Also, “changing times, economics, liabilities, maintenance, and other interests of its owners, along with the lack of change at OZ, took their toll on the park,” she wrote.

Lawless, an urban explorer whose first book featured scenes of the downfall of America’s once thriving centers of industry and commerce–such as abandoned malls–says he enjoys getting noticed for his work.

“The attention I’ve been getting for my work has been great, and sharing my images is part of what I do,” Lawless told RNN.

“I want to raise awareness of these abandoned parts of my country. My art isn’t complete until it is shared, and this isn’t social media. It’s a social movement.”

His next book, scheduled for 2016, will document the rise and fall of an American city.