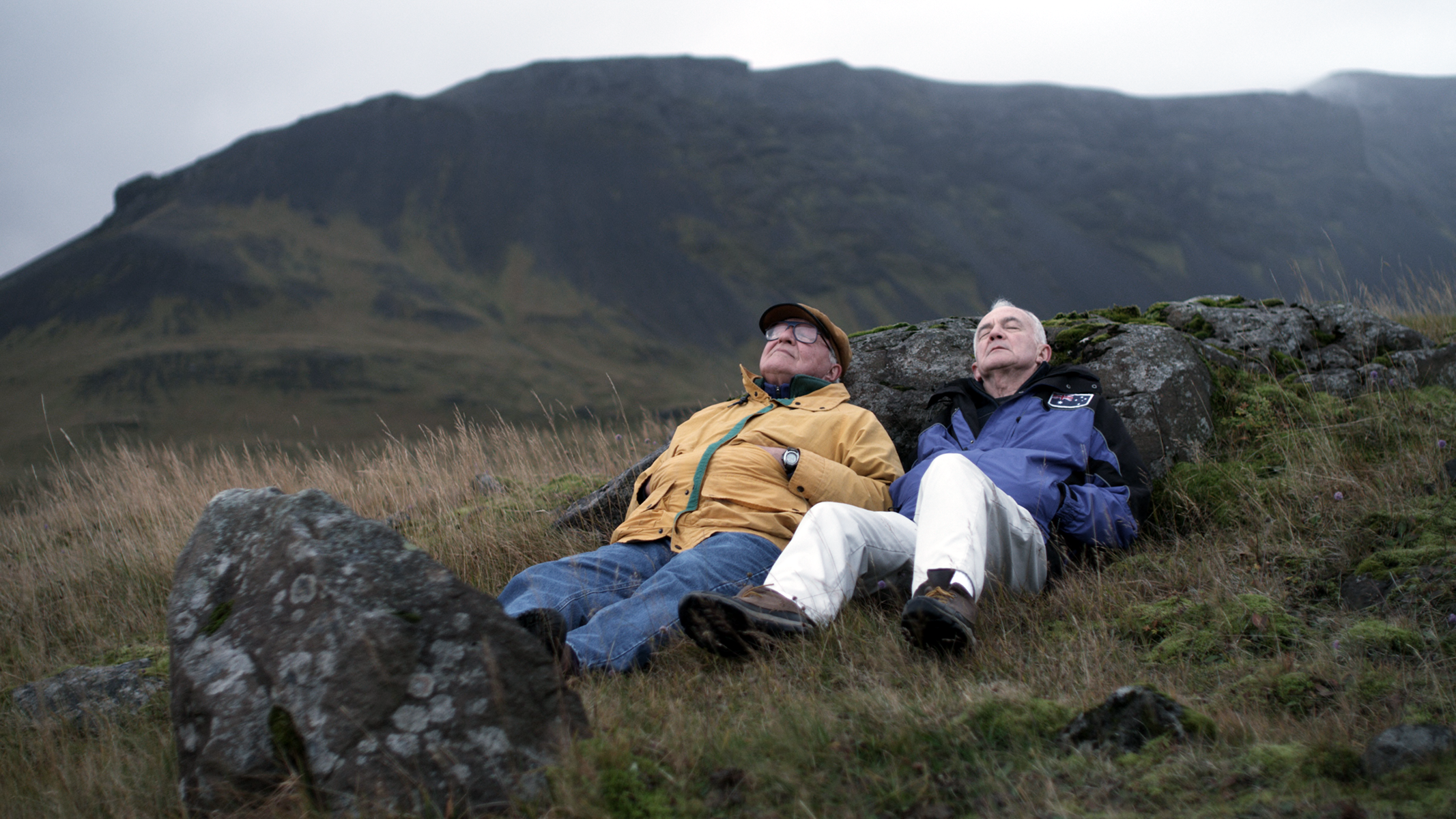 Colin and Mitch are ex-brothers-in-law. Hallmark probably does not have a card for that, but Mitch is not a Hallmark kind of guy. Colin sort of is, but it hasn’t worked out for him. To ease the sting of his recent divorce and financial hardships, he reluctantly agrees to accompany Mitch on a first-class tour of Iceland in Martha Stephens and Aaron Katz’s “Land Ho!”

After Colin had sunk his savings into his second wife’s dubious business scheme, she rather brusquely left him holding a bag of debt. The well-heeled Mitch feels rather bad about that. The shamelessly outgoing surgeon still fancies himself a player, but his ego is still bruised from his involuntary retirement.

Hoping to revive their spirits, Mitch books passage to Iceland, cracking wise every step of the trip. As anyone who has seen Robert Altman’s “The Player” should know, Iceland is very green, whereas Greenland is very icy. Nonetheless, they find plenty of snow during their genial series of misadventures.

Frankly, that is sort of the long and short of it. Sure, they argue and meet up with some attractive female companions (distant relatives, mind you, so nothing brewing there), but “Land” is not exactly a plotty film. Instead, Stephens and Katz basically rely on the immense screen charisma of their two principals, which largely bails them out.

As Mitch, the devilishly lewd hedonist, Earl Lynn Nelson scores consistent medium-sized laughs. There probably isn’t an earthy punch line he can’t land. Paul Eenhoorn nicely counterbalances him, as Colin, the reserved everyman. They develop a terrific bickering, bantering rhythm that is highly watchable. Eventually, they do address their fundamental issues of mortality and human frailty, but the proceedings never get excessively deep.

“Land” is almost fatally nice and pleasant. It is an impossible film to dislike, but after a screening, not much of it sticks to the ribs or the subconscious. Viewers struck by the co-leads’ timing and presence should subsequently check out Chad Hartigan’s “This is Martin Bonner,” in which Eenhoorn plays a darker, richer version of a similar late-middle-aged character. It is an exceptional performance.

Nonetheless, “Land” will more likely be the film he and Nelson will be recognized for—and that is fine. Recommended for those looking for a breezy, bittersweet comedy that is light in calories, “Land Ho!” opens Friday, July 11, in New York at the Angelika Film Center.