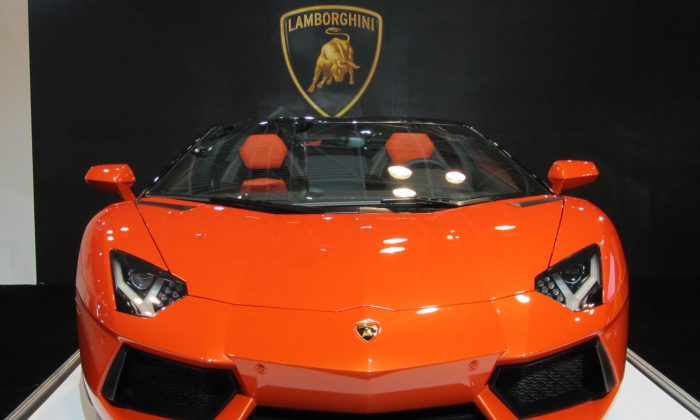 A high-speed crash involving a Lamborghini and a marked Chicago Police Department vehicle left an officer hospitalized, according to reports on July 27.

The officer was heading east on North Michigan Avenue in Chicago’s Near North Side when a southbound Lamborghini ran a red light before hitting the police car, police told NBC Chicago.

The officer, who was not named, was taken to the hospital. He was treated and released on the same day, according to officials.

Chicago: A squad crash on the @TheMagMile by the Wrigley Building has Michigan Ave closed while crews attempt to repair the damage to the bridge:
–@Lamborghini that hit squad was heavily damaged
-CPD officer involved will be o.k.@Chicago_Police pic.twitter.com/psRy0YZwkE

NBC Chicago reported that the accident took down a traffic light on the Michigan Avenue Bridge.

A man in black was seen being taken to a police vehicle before they took the handcuffed man out of the vehicle and released him.

Police issued two citations to the driver of the Lamborghini.

According to ABC7 in Chicago, the crash occurred at 3:56 a.m.

A photo of the accident was uploaded on social media and later The Drive website. Several locals recognized the vehicle, saying that they heard revving around the time of the crash, the website reported.

One person said they heard the Lamborghini taking off from a light just before the accident.

Lamborghini collides with CPD vehicle on Near North Side https://t.co/uLQIunSK9i pic.twitter.com/7zlpkVsMwN

In 2018, a Lamborghini Huracan Spyder was involved in a crash and was wedged under a parked car in the West Loop district. And three years ago, a Huracan was cut in half before it caught on fire when it hit another vehicle.

According to 2017 data from the CDC, the 10 leading causes of death in the United States were: heart disease, cancer, unintentional injuries, chronic lower respiratory diseases, stroke, Alzheimer disease, diabetes, influenza and pneumonia, kidney disease, and suicide.
These further break down as follows: the most common are unintentional poisoning deaths (58,335), followed by motor vehicle traffic deaths (40,327), and unintentional fall deaths in third place (34,673).