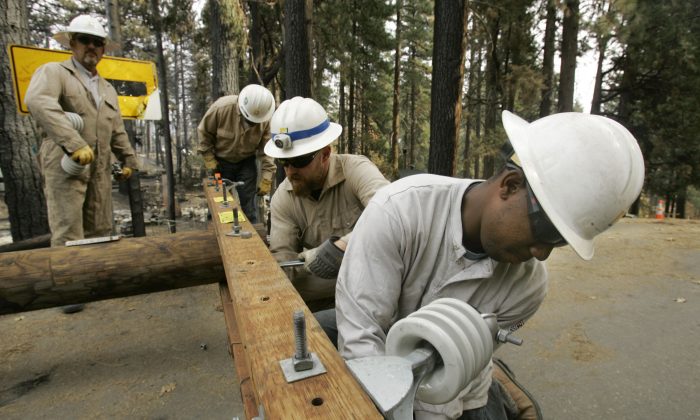 In 2009, Sen. Dick Durbin (D-Ill.) and Sen. Chuck Grassley (R-Iowa.) had introduced legislation to cut down on abuse of the H1-B visa program with reforms that would make it more difficult for it to be used by companies to displace American workers. The bill has lain dormant for six years, but now with immigration reform in the forefront of the national conversation, they’re making another push for the bill.

H1-B programs are designed to attract talented skilled workers from overseas to fill in the gap left by Americans. The program covers everything from health care to law, but the stereotypical H1-B visa holder is employed as an IT worker or a software engineer.

In a hearing held by the Senate Judiciary Committee, labor experts testified on the widespread use of the H1-B program not to attract employees with specialized skills not available in the United States, but to displace U.S. workers with cheaper labor to boost profit margins, in violation of the spirit of the program.

Heavily discussed at the hearing was the recent layoff of more than 500 workers at Southern California Edison (SCE). Anonymous former employees as Edison described how they were forced to train the unskilled H1-B labor that would replace them before they were laid off.

“The SCE case is flagrant, but isn’t an isolated case. Disney in Florida reportedly did something similar to 500 American workers a few weeks ago. Many other cases have been documented such as Cargill in Minnesota, Harley Davidson in Wisconsin, and Northeast Utilities and Pfizer both in Connecticut,” testified Ron Hira, research associate at Howard University Economic Policy Institute. “When I tell the story of SCE to a variety of people including Congressional staff they are astonished.”

Hira estimated that there are currently around 600,000 H1-B workers in the United States.

The Immigration & Nationality Act requires that the employment of foreign workers will not “adversely affect the wages and working conditions of U.S. workers comparably employed.” But Hira says that the law is poorly enforced because not every employee knows about the existence of the law, and the incentives are stacked against those who do know and want to report its violation.

“Compliance with the H-1B program depends almost exclusively on a whistle blower coming forward to flag violations. This is the worst and most ineffective method of ensuring compliance,” Hira said. “Whistle blowers are almost always retaliated against if they come forward.”

One such whistle blower is Jack “Jay” Palmer, who worked at Infosys—an India-based IT consulting company—from 2008 to 2013. When he was still an Infosys employee, Palmer repeatedly reported to management abuses and violations of the H1-B program to no avail. His boss tried to isolate him from other employees as a result, and he even received death threats. Palmer eventually went to the federal agencies to disclose the abuses going on at Infosys, which was ultimately forced to pay $34 million for its abusive practices.

“There has not been a position that an American citizen could not perform. These companies maliciously do not hire Americans and look at ways to circumvent policy and law instead of working with it,” Palmer said at the hearing. “At this time I continued to be harassed and blackballed in the industry.”

Missing at the hearing were testimonies from American workers affected by abusive labor practices, as most are pressured to sign non-disparagement agreements with the companies they work for or refrain from testifying out of fear of being blacklisted by the industry, but the Senate committee managed to gather a few anonymous accounts, mostly from ex-employees at Edison.

“I started working at Southern California Edison several decades ago. SCE was a company that many people started with at a young age, could work there through their lifetimes, and retire with a good pension and benefits. That was my plan. And I would have been able to do exactly that—until an executive announced a couple years ago that my department was going to be outsourced,” one laid-off worker wrote. “We were forced to train the less qualified foreign workers hired to take our jobs.”

“I and most of my co-workers are completely disgusted that Edison can fire us and replace us with foreign workers, abusing the H1-B program. We cannot understand how the CPUC (California Public Utilities Commission), Governor and Congress, President and media can all ignore this abuse and just pretend it doesn’t matter,” submitted another former SCE worker. “It’s as if we no longer matter or have value as human beings or American citizens.”