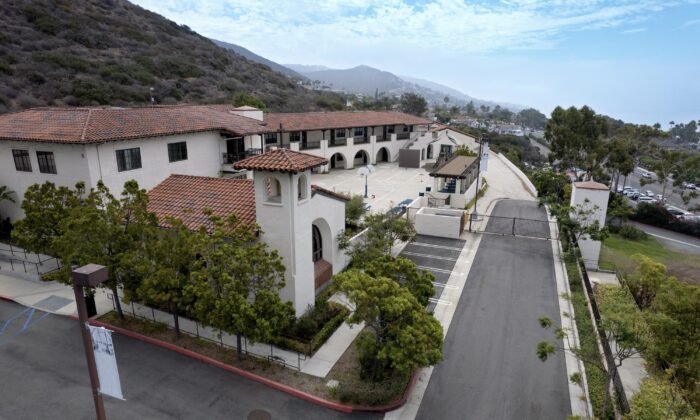 During the Aug. 16 city council meeting, councilors agreed to make a formal offer to the Roman Catholic Diocese of Orange to purchase the St. Catherine of Siena Parish School property.

Lengthy discussions concerning the funding needed for the purchase had been ongoing before the approval. The total cost would be $23.5 million, with about $500,000 added for necessary improvements—plumbing, roof repairs, lighting, drainage, and reviews of the structural soundness and fire systems in the four buildings on the property.

The city has $12 million from available funding to cover about half of the cost. The available funds include $2 million from the American Rescue Plan—a federal emergency funding for local communities to respond and recover from the COVID-19 pandemic—designated for city facility use.

The remaining $11.5 million would come from a combination of direct loans from several city funds, which can limit the financial impact on the city by generating the lowest borrowing costs and most flexible borrowing terms.

The 6.5-acre property that served thousands of students has been unused since its closure in June 2020.

City officials plan to turn it into community facilities and public spaces.

“Acquisition of this property will provide the City with a unique opportunity to increase services to the community, with an array of possible long-term use concepts such as a community pool, cultural arts center, performance venue, recreation facilities, and additional City or civic uses,” Assistant City Manager Ken Domer told The Epoch Times in an email.

The campus is located on South Coast Highway in Laguna Beach along the waterfront edge of the canyon. Some nearby locals expressed concern about the future potential use of the property.

Brad Berberian, a longtime resident in the city, lives near the property. He sent an email to the city, saying that he and other neighboring families would be in “fierce opposition.”

“We would have an issue with the given noise and traffic issues [the skatepark, pool or parking structure] would create,” he wrote.

The city has also been meeting with the Laguna Beach Unified School District about allowing the district to lease a portion of the property for some of its staff—but only if it meets state standards for kindergarten or elementary learning programs, according to a staff report.

Leasing can help save money from future plans to remodel the district’s buildings that serve its staff now, according to the district.

“Instead of spending a significant amount of taxpayer money on this remodel, some offices could be relocated to St. Catherine’s,” spokesperson Dee Perry wrote in an email. “This would cause much less disruption to the neighbors.”

The diocese is expected to accept the offer.

“The Diocese of Orange considered all options but landed on moving forward with the City of Laguna Beach, foreseeing community-wide uses for the land,” spokesperson Jarryd Gonzales told The Epoch Times.

Built in 1957, the property has four buildings totaling 39,500 square feet, plus outdoor amenities such as athletic courts, a soccer field, and playgrounds.

The next steps in the process are for the city manager to make the official offer and, city officials hope, close the deal within the next three to four months.