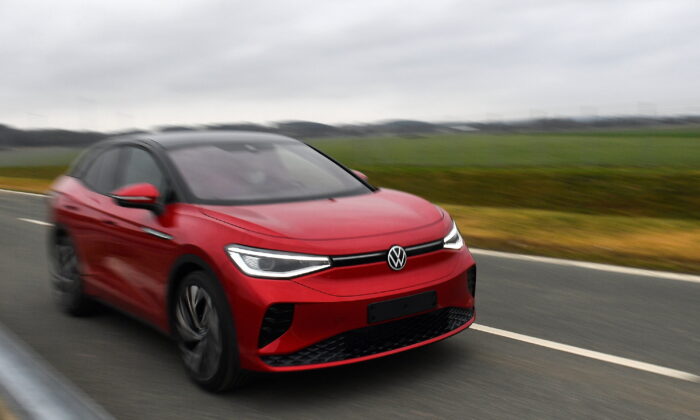 BERLIN—Volkswagen will delay the launch of its ID.5 electric car by a month to the first week of May because of disruptions in the supply of wire harnesses from Ukraine, a spokesperson said on Friday.

The lack of supply meant that the carmaker was unable to produce enough exhibition and demonstration vehicles for all its sales partners, according to a letter to dealerships seen by autos publication Automobilwoche, which first reported the news.

“In order to ensure that all partners are treated equally, the vehicles that are already in the destination stations are not yet being delivered,” the letter published by Automobilwoche said.

“In order to ensure the nationwide availability of the vehicles for every agent, we will partially redistribute the exhibition vehicles.”

The ID.5 is being produced in Volkswagen’s Zwickau plant, where production was temporarily halted due to supply bottlenecks caused by the war in Ukraine but is due to resume next week.