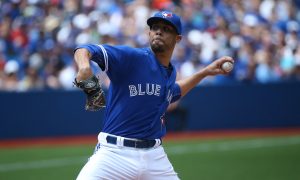 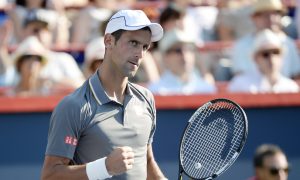 Djokovic Still the Man to Beat Despite Rogers Cup Loss
0 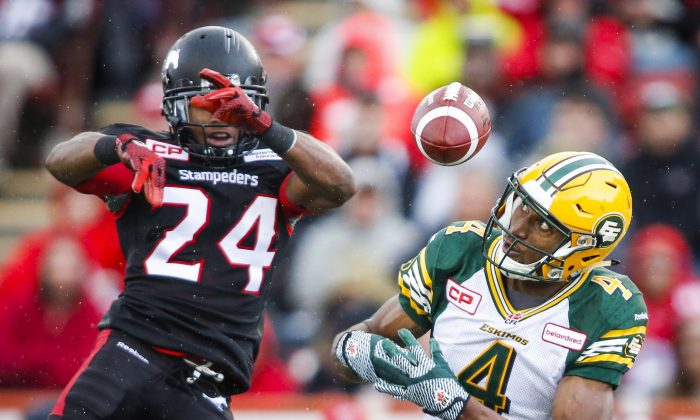 Labour Day happens to be one of the biggest days of the year for sports.

Canada had it pretty good this year with the traditional CFL rivalries, a competitive Toronto Blue Jays team in action, and more good play in FIBA Americas basketball.

Being a Monday, Labour Day typically isn’t known for the beautiful game, but this year, Euro 2016 football qualifiers supplemented a full day of U.S. Open tennis. It made for compelling sports watching on the tube even if there wasn’t a Canadian involved.

For the CFL, Labour Day is arguably the biggest day of the regular season. Steeped in tradition, the rivalries between Hamilton and Toronto and the battle of Alberta between Calgary and Edmonton are the best in the league. To spice things up, both games were battles for first place and both rivalries go again within a few days.

In the second game, the Eskimos lost their 12th straight to the Stampeders, by a much closer 16–7 score. It was a battle between the two best defenses in the league and the score showed that.

Still, Labour Day CFL made it clear which are the teams to beat going forward. Certainly, division leaders Calgary (8–2) and Hamilton (7–3) have earned first place.

How about Labour Day with the Toronto Blue Jays playing meaningful baseball? That hasn’t happened often in the last 20 years.

The Jays fell to the Boston Red Sox 11–4 and watched the New York Yankees come back to beat the Baltimore Orioles to close to within half a game of them. It’s going to be an ongoing battle with the Yankees for the AL East pennant and teams with a great deal of pride like the Red Sox are more than willing to play spoiler.

For basketball fans, Canada dismantled Uruguay 109–82 in Mexico in second round FIBA Americas basketball play. The drive for a spot at the Olympics next summer in Brazil is alive, but the key will be to knock off Argentina or Mexico for one of those two spots.

Canada won their fifth in a row on Labour Day and will need all the confidence in the world to play Mexico on Tuesday on its home court.

Early September is one of the most important times of the year for tennis. Labour Day is the mid-point of the U.S. Open tournament and features fourth round men’s and women’s play.

The day session’s drama came from South African Kevin Anderson trying to reach his first grand slam quarterfinal at the expense of Andy Murray, the 2012 champion. Anderson outlasted Murray in a tense four-hour battle 7–6, 6–3, 6–7, 7–6. Murray, who had won in Montreal, was one of the favourites for the title and Anderson had never reached a grand slam quarterfinal after reaching the fourth round seven times. It was a big upset.

At the start of the tournament, it wasn’t unreasonable to have expected at least one of Canada’s three stars—Milos Raonic (No. 10 seed), Vasek Pospisil (ranked No. 45), and Genie Bouchard (No. 25 seed) —to be in action on Labour Day weekend, if not Labour Day itself, but various physical ailments derailed all those expectations.

Labour Day CFL made it clear which are the teams to beat going forward.

Bouchard’s case is the most unfortunate as she was in her best form since the Australian Open in January. She battled through a tough draw only to slip in the locker room and suffer a concussion after her Friday win. She withdrew from her fourth-round singles match on Sunday.

It’s always a good addition to the sports calendar when the world champions, Germany, play a competitive match.

And Germany had to deal with Scotland battling for their lives in its exciting 3–2 win. That was just one of eight Euro 2016 qualifiers going on Labour Day.

And last but not least, college football’s opening weekend concluded with top-ranked Ohio State visiting Virginia Tech. The Hokies were the only team to beat the Buckeyes last year, but Ohio State started the season off with a 42–24 win.

Labour Day has truly become a great day for sports, thought it might be hard to surpass 2015’s edition, especially for Canada.