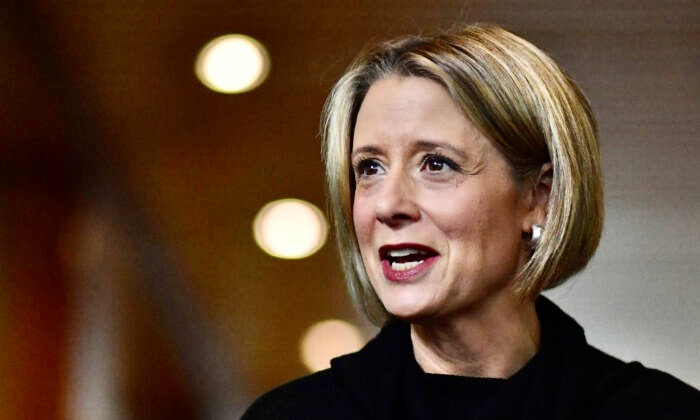 Senator Kristina Keneally during a press conference in the Mural Hall at Parliament House on June 04, 2021 in Canberra, Australia. (Photo by Sam Mooy/Getty Images)
Australia

Labor’s Kristina Keneally ‘Out of Touch’ With the Challenges of Western Sydney: Local Independent

Nina Nguyen
Nina Nguyen is a reporter based in Sydney. She covers Australian news with a focus on social, cultural, and identity issues. She is fluent in Vietnamese. Contact her at nina.nguyen@epochtimes.com.au.
View profile
Follow
and Daniel Y. Teng

Western Sydney independent candidate, Dai Le, says Labor’s choice for the multicultural seat of Fowler is “out of touch” with locals in the area.

Sen. Kristina Keneally was parachuted by the Labor Party into the electorate after concerns from party leaders that she might not hold her Senate seat in the upcoming election.

Dai Le, the deputy mayor of the Fairfield Council and a Vietnamese refugee, said that after the Labor Party decided to insert Keneally into the contest for the multicultural seat of Fowler, community members reached out to her to encourage her to run for office and give voters a “local choice.”

“To put somebody who’s so out of touch with the issues in our community here, and who did not grow up or live through the challenges in our area over the last decade, and in particular the last two years” was a disservice to the community, she told The Epoch Times.

Fairfield was the epicentre of Sydney’s outbreak of the Delta variant of COVID-19 last year, forcing the community to endure some of the harshest lockdowns and restrictions for weeks.

Le says that the community “had been demonised” during the pandemic and hinted at resentment at other parts of Sydney that did not have to undergo restrictions.

The Labor Party’s decision to sideline an up-and-coming local candidate, Tu Le—supported by current retiring MP Chris Hayes—compelled Le and the mayor of Fairfield, Frank Carbone, to launch their own campaign.

Carbone and Le’s council team currently hold 10 out of 13 seats in the Fairfield City Council and are vowing to win over locals—Fowler has a high migrant population and is home to the largest Vietnamese-speaking community in Australia.

Labor holds Fowler by a 14 percent margin; the campaign by Le and Carbone could see this margin whittled down or possibly bolster support for an alternative candidate via preferences.

Le was born in Saigon and escaped war-torn Vietnam in 1975, afterwards, she spent four years in refugee camps before being resettled in Australia in the late 1970s. She was also a former journalist with the Australian Broadcasting Corporation (ABC).

A spokeswoman for Keneally told the Sydney Morning Herald on March 21 that the Labor senator “is a strong and experienced representative for the people of South West Sydney” who, if elected, could give Fowler a voice “at the most senior, ministerial-level of government.”