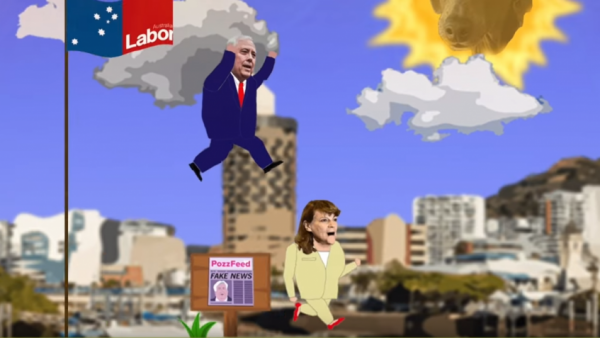 Despite labelling Clive Palmer a “tosser” and “con man,” Labor has put the mining magnate’s party second on two how-to-vote cards in Tasmania.

The move came as the United Australia Party leader announced on Monday he would preference the coalition second across the country.

The opposition is preferencing the UAP second in Franklin, held by Labor MP Julie Collins, and above independent MP Andrew Wilkie in his neighbouring seat of Clark.

“This makes a lie of the Labor Party’s rhetoric in recent days about the evils of preferencing Clive Palmer,” he said.

“Turns out the Labor Party are every bit as bad as the Liberal Party and will be party to the grubbiest of deals in the pursuit of their political self-interest.”

On Sunday, Bill Shorten said there was no way he would agree to any preference deals with Palmer.

“Let’s be very clear here—there is no way you can do a preference deal without me signing off on it,” he said.

On Monday, the Labor leader said he was unaware of the Tasmanian how-to-vote cards.

Palmer claims he was approached by Labor operatives sounding out a potential preference deal but rebuffed their advances, siding with the Liberals instead.

Labor denies it discussed a preference deal with Clive Palmer:

.@CliveFPalmer: I ran into @billshortenmp. He said hello to me, was very pleasant and indicated there was a possibility of working together.

The controversial mining tycoon has accused Shorten of spreading lies about him.

“I then decided I want nothing further to do with him or his party because they were two-faced liars,” Palmer told reporters in Brisbane.

For its part, the Morrison government has described Palmer as the “least worst” option, after striking a preference deal with the billionaire.

“Sometimes it feels like you are allocating to the least worst out of a whole bad bunch of alternatives,” Liberal senator Simon Birmingham told The Adelaide Advertiser.

Palmer has been heavily criticised for spending tens of millions of dollars on political ads, while refusing to pay entitlements owed to former workers in Townsville.

Scott Morrison is taking Palmer at his word when he says the money has been put aside.

“That is for him to go into the details of all of that,” the prime minister told reporters in Perth.

One Nation preferences on how-to-vote cards could also save Attorney-General Christian Porter and Liberal MPs Andrew Hastie and Luke Howarth.

In 2016, One Nation placed sitting MPs last, contributing to the LNP losing the Queensland seats of Herbert and Longman.

The Liberals are preferencing One Nation candidates behind Labor after the US National Rifle Association scandal.

Greens leader Richard Di Natale said his party would preference others “on the basis of what they are going to deliver on climate change,” as well as a number of social issues.