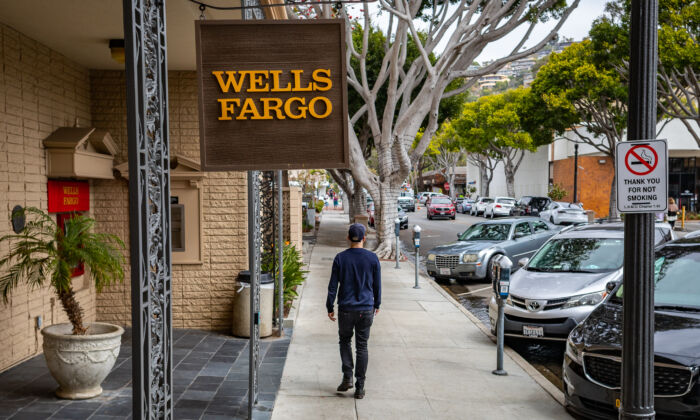 The labor market in the United States has cooled down in recent months and dropped to February 2021 levels, according to the Wells Fargo Investment Institute.

In a note on Thursday, the bank said that while wage figures are varied, increases to average hourly earnings have slowed down in May after peaking in March. They added that this leaves wage increases now below the level of inflation.

Employee salaries have been steadily increasing over the past year as companies battled with chronic labor shortages, prompted in part by the COVID-19 pandemic. In response, a slew of businesses have pushed wages up higher in an effort to attract and retain staff.

The average U.S. employee made $31.95 an hour in May, according to the latest employment data from the Bureau of Labor Statistics released on May 6, marking a 5.2 percent increase over the past 12 months.

In April, wage increases also grew slightly slower than expected with a 0.3 percent increase from March, when the average wage was $31.73 an hour.

Meanwhile, the unemployment rate was 3.6 percent in May, marking the third month in a row that the number of unemployed persons essentially remains unchanged. Total nonfarm payroll employment rose by 390,000 in May.

The overall labor market, however, remains tight, and with inflation currently at 8.6 percent in the United States, employers may contemplate paying workers more.

More Salary Increases on the Horizon

The survey was conducted from Feb. 25 to March 7 among 1,173 companies in the United States and Canada.

Meanwhile, the Federal Reserve last week raised its policy interest rate by three-quarters of a percentage point, the biggest hike since 1994 in an effort to bring inflation down.

Since March, the Fed has increased its benchmark overnight interest rate by 150 basis points.

Fed Chair Jerome Powell told lawmakers on Thursday that the labor market was extremely tight and “sort of unsustainably hot” while noting that the Central bank is still far from its inflation target of 2 percent.

“We really need to restore price stability, get inflation back down to 2 percent, because without that we’re not going to be able to have a sustained period of maximum employment,” Powell told the House Financial Services Committee on Thursday.

Elsewhere in Thursday’s note, Wells Fargo economists said that “imposing headwinds” could leave the American economy vulnerable to an economic downturn later this year while pointing to consumer spending which is showing “signs of wear.”

Treasury Secretary Janet Yellen last week said that consumer spending remains robust, despite high cost increases to food and fuel, and that she does not foresee a “drop off in consumer spending as a likely cause of the recession in the months ahead.”

“Even lower-income households continue to have buffer stocks of savings that will enable them to maintain spending,” Yellen told ABC’s “This Week.”

Wells Fargo Analysts also pointed to the fact that service sector growth in May declined, reaching a July 2020 low.

The bank previously noted that “storm clouds are gathering around the broader U.S. economy,” and predicted a recession could take place by the end of 2020 and start of next year.