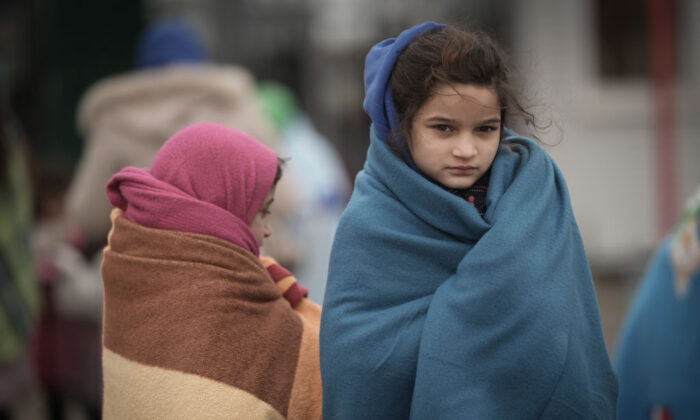 LOS ANGELES—California’s largest school district will develop a fundraising program that gives students, families, and employees the opportunity to help the millions of Ukrainian children who are escaping their country due to Russian attacks.

On March 8, the Los Angeles Unified School District’s (LAUSD) Board of Education unanimously approved the development of a fundraising campaign, where financial donations will be sent to a child-focused relief organization chosen by the district’s Consolidated Charitable Campaign and Superintendent Alberto Carvalho.

Board member Scott Schmerelson said in the resolution (pdf)—which he introduced—that he felt for the “adult family members [who] have been shouldering the heartbreaking task of trying to explain to their children the tragic images and reporting of the recent invasion and attacks.”

Schmerelson said he hopes the fundraising campaign models the LAUSD’s core values of “compassion and collective action” for its students.

“One of the most critical responsibilities of public education in general … is to be a free and open laboratory for the study of American democracy, the freedoms and responsibilities enumerated in our constitution, and for the promotion and practice of civic engagement locally, nationally, and globally,” Schmerelson said in the resolution.

Schmerelson also said he hopes parents and teachers “have access to age-appropriate materials to help explain the unexplainable to our children,” though he did not specify whether the district would also be providing those materials.

The district will also establish donation collection sites at each school and office throughout the district.

Board member Dr. George J. McKenna III urged students and the school community to donate whatever they can.

“Pennies, nickels, dimes, quarters, dollars, I encourage our students, our employees, our entire Los Angeles Unified family to help the children of Ukraine,” McKenna said in a March 8 statement.

The Board of Education also condemned Russia’s attacks and expressed its support for the people of Ukraine. In the two weeks since the initial attack, about two million Ukrainians have left the country, and more are trying to escape as ground and air attacks continue.

“We strongly condemn the egregious acts of violence perpetrated by Russian leadership—and offer our unwavering support to the children and families of Ukraine during this unthinkable time,” Board Vice President Nick Melvoin said in the same statement.

This comes after the Los Angeles City Council unanimously approved a resolution on March 8 to strongly condemn Russian President Vladimir Putin’s actions against Ukraine and called for international or federal divestment of all holdings from and investments in Russia.