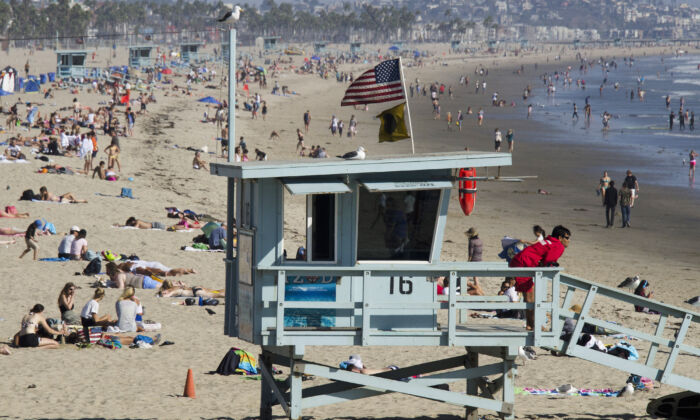 The warnings are due to a high level of bacteria exceeding state health standards, which may cause illness, especially for children and elderly people, according to the health department. The bacteria was identified during routine testing.

Information on the days these beaches are tested and updates on what areas to avoid can be found on an interactive map on the LA Public Health department’s website.

In some cases, the contaminated waters can be cleared quickly. For example, the Herondo Street storm drain in Hermosa Beach was identified as contaminated on July 18. However, it was cleared by the department on July 22.

Health experts advise residents to normally avoid beaches for three days after heavy rainfall since it commonly raises bacteria levels to unhealthy amounts due to pollution runoff returning to the ocean—especially around storm drains, rivers, and creeks.

Until the ocean’s bacteria levels return to a safe number, residents stuck in the flaming summer heat should turn to pools or other Southern California beaches offering a fun day to cool off.