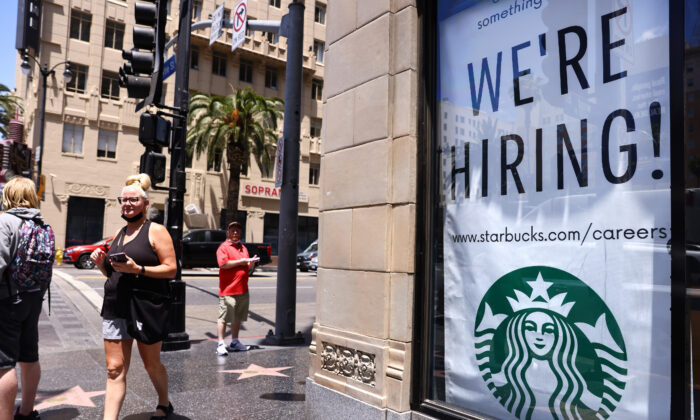 A 'We're Hiring!' sign is displayed at a Starbucks on Hollywood Boulevard in Los Angeles, California, on June 23, 2021. (Mario Tama/Getty Images)
Southern California

LOS ANGELES—Los Angeles County’s seasonally adjusted unemployment rate fell to 8.4 percent in December, down from a revised 8.9 percent in November, according to figures released on Jan. 21 by the state Employment Development Department.

The December unemployment rate was down from 12.6 percent in December 2020.

In Orange County, where seasonally adjusted numbers were not available, the December unemployment rate was 3.7 percent, down from 4.1 percent in November.