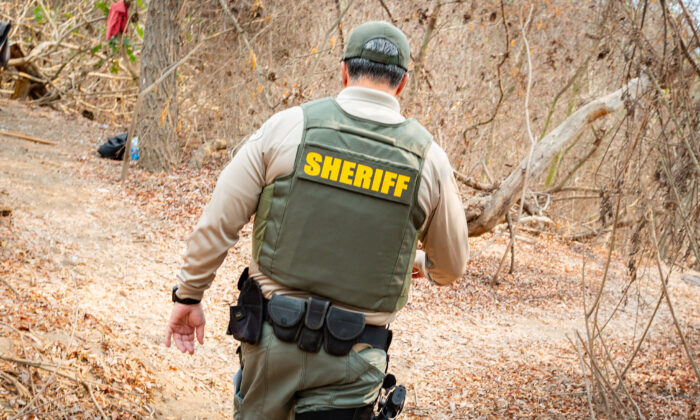 LOS ANGELES—The Los Angeles County Board of Supervisors voted 4–0 on Feb. 8 to approve a proposal to terminate all unvaccinated county employees, after dozens of residents called in to oppose the measure.

The move would terminate about 18,000 county employees in various departments, with 4,000 of those workers being deputies in the Los Angeles Sheriff’s Department (LASD).

Supervisor Sheila Kuehl introduced the motion “to discipline the employees of any County Department for noncompliance with the County’s Policy or directives related to the COVID-19 Vaccination Policy,” according to the agenda item (pdf).

“Six months have now passed, and we don’t have 100 percent compliance, and the refusal to get vaccinated or to request an exemption, that is not even to register in the system and do one or the other, really puts county lives at risk, and it is simply unacceptable,” Kuehl said during the meeting.

LA Sheriff Alex Villanueva called in at the start of the meeting to urge the board to oppose Kuehl’s motion, saying it will be “a death blow to public safety in LA County.” He said the LASD would lose thousands of its deputies.

The more than 9,000 officers in the department who have been vaccinated have a 3.46 percent COVID-19 positivity rate, he said.

“We have 5,766 not vaccinated and we had 221 test positive, for a 3.83 percent positivity rate,” Villanueva said. “So, your motion is going to seek to basically cause us to lose 4,000 employees for a grand total of 0.4 percent improvement in positivity rate. It’s not exactly a benefit to public safety.”

The sheriff pointed to the county’s 94 percent rise in murders over the last two years and a 64 percent increase in grand theft auto. With these rates, he said, the department is unable to handle a further deterrent to the department’s functions.

“This is ill-advised, illogical, and probably in the long run illegal,” Villanueva said.

But Kuehl staunchly disagreed and said the county has the authority to enforce the policy to every county department.

“If you will not take this matter seriously and enforce it in your department, a county director of personnel is willing to do so,” she said. “We are not going to permit county lives to be jeopardized by an individual decision not to comply with county policy.”

Kuehl said the board has “increased the [number of] people who work for [Villanueva]” and increased the department’s budget.

“In this case, we have an absolute right to say these are our employees, not yours,” she said.

Currently, the board estimates that the sheriff’s department has a total of 5,700 unvaccinated employees, which makes up for 60 percent of the county’s noncompliance rate.

“Unfortunately, the sheriff’s department is the only department in the county that’s refused to implement this policy, and that’s, I think, why we’re here today. I think we were left with no other choice,” Supervisor Janice Hahn said during the meeting.

Hahn suggested the board should lift the department’s hiring freeze to ensure they can hire more deputies—“if in fact they end up losing personnel as a result of this enforcement”—to keep public safety a priority.

Villanueva has been a vocal critic against mandatory vaccinations in law enforcement and didn’t impose requirements in his department when the county implemented the mandates last year.

The county first issued an order to create a vaccine policy in August 2021 requiring all county employees to submit proof of vaccination. By October 2021, the policy was implemented, and all employees were mandated to be fully vaccinated unless a religious or medical exemption was granted.

In the current model, employees with an exemption undergo weekly COVID-19 testing paid for by the county. As of Feb. 1, 2022, 81.5 percent of the county’s 100,000-person workforce is vaccinated.

“Unsurprisingly, approximately 74 [percent] of the more than 5,000 COVID-19-related workers’ compensation claims filed by County employees as of [Jan.] 29, 2022, have been filed by employees in the Sheriff’s Department,” Kuehl’s motion reads. “This data illustrates vaccinations’ vital role in limiting the spread of COVID-19 and thus, the urgent need to increase vaccination rates across the entire County workforce.”

Los Angeles County has embraced some of the strictest vaccine mandates in the country, with residents required to show proof of vaccination when entering bars, wineries, breweries, distilleries, nightclubs, and lounges. As of Feb. 7, the county had 2,773 COVID-19 hospitalizations and 4,360 new cases reported.

Santa Clarita resident Tracy Hauser told the board she agreed with Villanueva and that her son—who is a local firefighter—has “faced a lot worse danger than what this has all been.”

“[The rules] are already extremely robust in terms of discipline and disciplinary appeals. Any changes that would have a direct impact on our employees—there has to be other tools and other available avenues to address concern that the Board of Supervisors may have about the sheriff’s department,” Cunningham said. “But to punish the sheriffs’ employees by a significant change in the charter, we would submit, is not only potentially illegal … but also it’ll be incredibly disruptive to the men and women that you rely on on a day-to-day basis.”

The board’s approved proposal will be heard again at the March 15 regular board meeting as an ordinance to the County’s civil service rules.