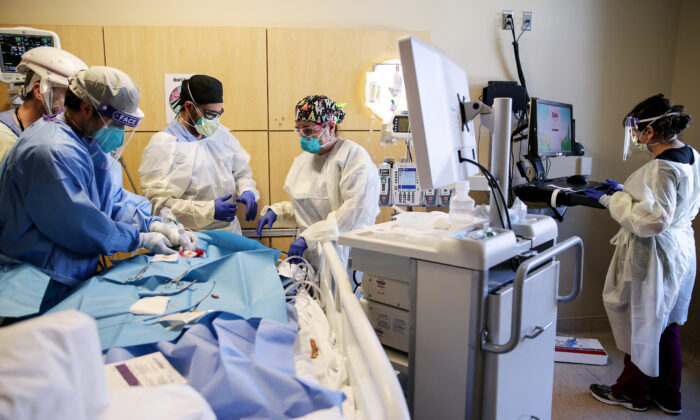 LOS ANGELES—Los Angeles County will add about 200 registered nurses (RN) to the Department of Health Services to achieve staffing standards as California struggles with a nursing shortage.

The Los Angeles Board of Supervisors voted on Dec. 21 to approve a motion to help hospitals within the county reach the state’s “nurse-to-patient ratio”—at least one nurse for every two patients—for adult critical care units, according to the department’s Dec. 21 letter to the board.

The board also approved adding roughly $11 million to the department’s budget for salaries and benefits for nurses in the current fiscal year, though the department didn’t specify how the added funds would be used.

The department will also reallocate about $9 million from its Enterprise Fund, a fund to provide grants to health care initiatives, to instead fund the staffing costs and operational changes needed during the hiring process.

This comes as a 2020 study by Nightingale College projected that by 2030, California will be short 44,500 registered nurses—the highest in the nation by numbers.

The report listed burnout and low job satisfaction as one of the leading causes of nursing shortages.

Last month, four out of five health care employees who remain said staff shortages have affected their ability to work and satisfy patient needs, according to Dzau.

Also, before the pandemic, physicians were two times more likely to burn out compared to the general population, Dzau said in a health care webinar.

“There always seems to be a shortage of nurses,” Clark told The Epoch Times in a previous interview. “But it’s important to realize there’s not a shortage of RNs. There’s a shortage of RNs willing to work under the conditions they’ve been asked to work.”

Last month, more than 30,000 nurses at California-based Kaiser Permanente hospitals planned to strike in protest of an announcement of a 1 percent raise for workers and a 26 percent slash in pay for new hires; Kaiser Permanente eventually struck a deal with its workers that includes annual wage increases and maintained employee health benefits.