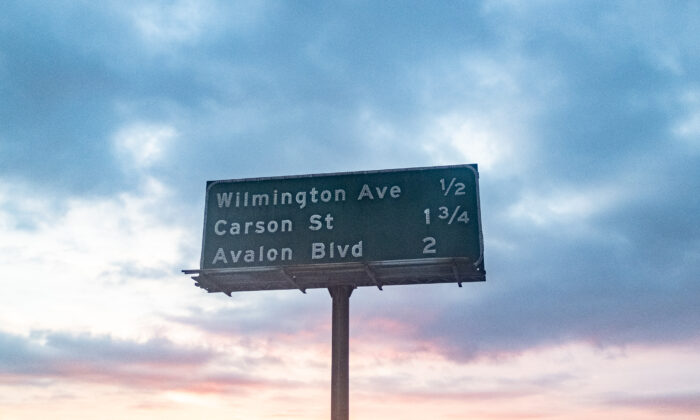 The Los Angeles County Board of Supervisors declared a local emergency in Carson on Nov. 2 over the odor emanating from the Dominguez Channel, with residents reporting dizziness, headaches, nausea, vomiting, and other symptoms for a month.

After the board’s declaration passed, Supervisor Holly Mitchell urged the state to also declare a state of local emergency.

“As we continue to work with the state in assessing this incident, I am asking that the governor joins in proclaiming a state of emergency to ensure we are bringing all resources to bear to solve this issue,” Mitchell said.

Mitchell emphasized that the declaration didn’t mean the odor posed a health threat to residents, but that it was meant to help the city gain access to county resources.

“I want to be very clear. This declaration … of a local emergency does not mean that the hydrogen sulfide levels emanating from the Dominguez Channel now pose an imminent danger to the health of our residents. It does not,” Mitchell said, though she acknowledged that “the odor is causing consistent and real health symptoms like nausea, headaches, throat and eye irritation that is deeply troubling and severely impacting the quality of life for far too many residents.”

The city has been partnering with the LA County Department of Public Works (DPW) to treat the water in the Dominguez Channel and to provide aid to residents.

DPW Director Mark Pestrella said in a statement to the Board of Supervisors on Nov. 2 that the DPW is currently monitoring and testing upstream areas that discharge into Dominguez Channel and downstream areas to which the channel discharges and utilizing temporary measures to mitigate the odor by applying an odor neutralizer, installing aeration devices, and removing organic materials contributing to the odor nuisance.

The city also began last month to temporarily house residents in hotel rooms to escape the smell, or to reimburse them for air filters purchased.

The DPW estimated that they have spent a total of $5.4 million on labor and materials to address the smell in the channel and reimbursements for hotel accommodations and air purifiers for residents. If the incident extends through March 2022, the cost for response and recovery is estimated to be between $50 million to $358 million.

Some residents expressed frustration with the city’s handling of the odor.

Dr. Sharma Henderson, a Carson resident who relocated to a hotel, told The Epoch Times in a previous interview that she was frustrated by the city’s lack of protocol for public health concerns.

“It’s a multifaceted issue,” Henderson said. “There’s also the matter of the ongoing maintenance and upkeep of the channel, which clearly has been neglected for so long.”

Henderson said she was “livid” when she heard the mayor tell a news station, “‘I’ve been here for 40 years, and they get the smell every now and then, but it never lasts long.’”

“I’m like, okay, so if it happens at all … why wasn’t there any type of attention brought to that issue?” Henderson said.

This comes after a group of Carson residents also sued warehouse owner Prologis and business Art Naturals in October for allegedly dumping debris from a warehouse fire into the Dominguez Channel, which plaintiffs claim exacerbated the smell.

Carson city officials declared the stench a “public nuisance” early in October before declaring a state of local emergency on Oct. 25.

At the time, Mayor Lula Davis-Holmes called on the county and state to follow suit in declaring a state of local emergency, saying the declarations will help the city “cut through the red tape” and unlock more resources to address the smell and aid residents.