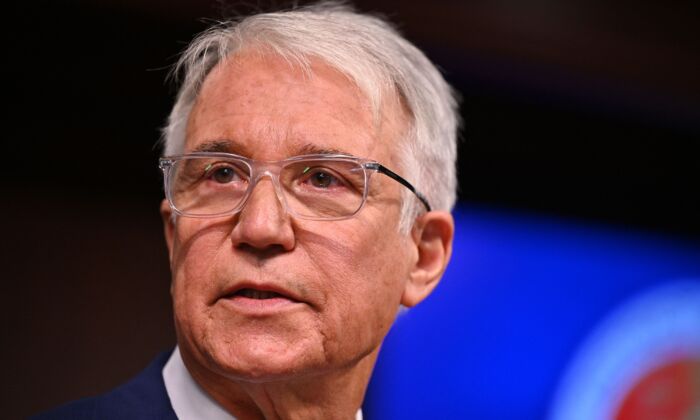 Los Angeles District Attorney George Gascón is dissolving an office unit responsible for notifying crime victims and their families when their assailant has parole hearings.

Made up of victims’ advocates, the Parole Unit—also known as the Lifer Unit—will be disbanded by the end of the year.

“While a victim has a right to be notified, they also have a right NOT to be contacted,” Gascón’s office said in a statement. “Lawyers in the parole unit have been using Victim Service Representatives, paralegals, and Bureau of Investigation resources to contact victims and their next of kin who have not requested to be notified of parole hearings.”

An email sent to prosecutors in the unit stated that Gascón’s office has determined that it is “‘not appropriate’ for the LADA to notify victims of crime and victim next of kin of those that were murdered that parole hearings are scheduled for the inmates that harmed them and their loved ones.”

The office will continue sending out notifications for cases assigned through October 2022, according to the email.

The DA’s office said the unit was already being downsized under former DA Jackie Lacey, and victims will still have access to free supportive services through the office’s victim services representatives.

However, Diana Teran—recently promoted Director of the Parole Division and oversees all resentencing cases—issued an order that contradicted Gascón’s initial policy, stating “this Office will continue to meet its obligation to notify and advise victims under California law.”

Immediately after he assumed office in December 2020, Gascón sparked controversy when he issued a directive (pdf) to remove prosecutors from attending parole hearings, saying that a prosecutor’s input and “the crime of conviction is of limited value in considering parole suitability years or decades later.” He also encouraged prosecutors to support granting parole after felons fulfilled their mandatory sentence minimum.

Attorney Kathleen Cady—one of several former prosecutors who are providing pro bono assistance to crime victims in response to Gascón’s policies—said in an emailed statement that the district attorney’s latest move is “indefensible.”

“This systematic and pervasive violation of victims’ rights appears to be motivated by one goal: to release as many murderers, child molesters and rapists as possible from prison,” Cady said. “Keeping victims informed and protecting the people of California and victims’ rights just seems to get in the way.”

Los Angeles Deputy District Attorney Ryan Erlich wrote on Twitter this week that Gascón “has done a bunch of terrible things since Dec. 2020. But turning his back on the families of victims of violent crime is beyond callous. If he had EVER tried a homicide, he would know that we have a moral duty to, at least, support those folks at parole hearings.”

Elected on a promise to implement progressive criminal justice reform, Gascón could be facing a recall election in November, as almost 150,000 more signatures than the 566,857 required have been submitted to the LA County Clerk’s office for verification last week. The county clerk has until Aug. 17 to count and verify all signatures.