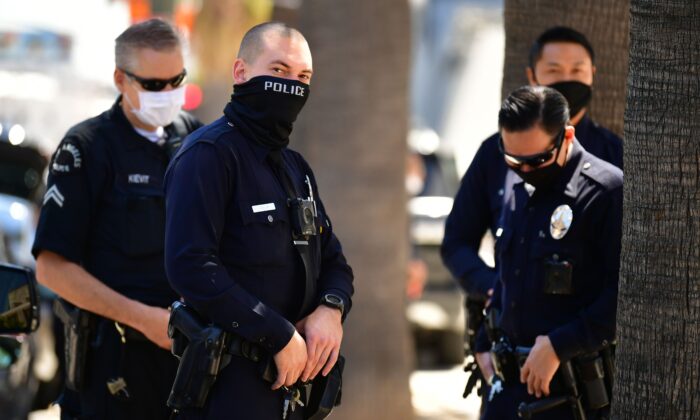 Councilman Joe Buscaino used Council District 15 funds to provide police with $1.3 million for overtime to address crime in his district, including $500,000 for foot patrols in San Pedro and more than $785,000 for patrols in Wilmington, the Los Angeles Times reported.

The report indicated Councilman Paul Koretz used $100,000 from his office’s funds to pay the Los Angeles Police Department (LAPD), including $30,000 for overtime in the Wilshire Division, which includes Melrose Avenue. The councilman paid an additional $20,000 in his office’s funds after robberies continued in the high-trafficked shopping corridor.

“A while back, Melrose had a crime spree and people were robbing individuals outdoor dining. They were going into stores and robbing the shopkeepers, and things looked very out of hand,” Koretz said in a statement to City News Service.

“It was clear the word was out that Melrose was an easy mark for criminals, so we decided to turn that around and hit it with literally everything we could. By working very closely with LAPD, we added a fair amount of overtime to help put more folks on the streets so that we put together a
collaboration of bike patrols, foot patrols, equestrian patrols, undercover units, more black-and-whites and we literally did everything we could think of to show visible presence.”

Councilman Paul Krekorian used $150,000 in District 2 funds in July to pay LAPD overtime shifts, including $120,000 to confront gangs and violence near parks in North Hollywood, such as the Whitsett Soccer Complex. Another $28,000 was spent on fireworks suppression, The Los Angeles Times reported.

Councilwoman Nithya Raman used about $22,500 from her Council District 4 funds on fireworks suppression, as did Councilman Bob Blumenfield with District 3 funds, according to The Los Angeles Times.

The City Council members’ funding of the police comes as the department seeks to restore its ranks after hiring has not kept up with attrition during the COVID-19 pandemic. The Los Angeles Police Commission unanimously voted earlier this month to support an increase of $213 million,
which would bring the department’s budget to $1.974 billion. The budget increase needs the approval of the city council and the mayor.