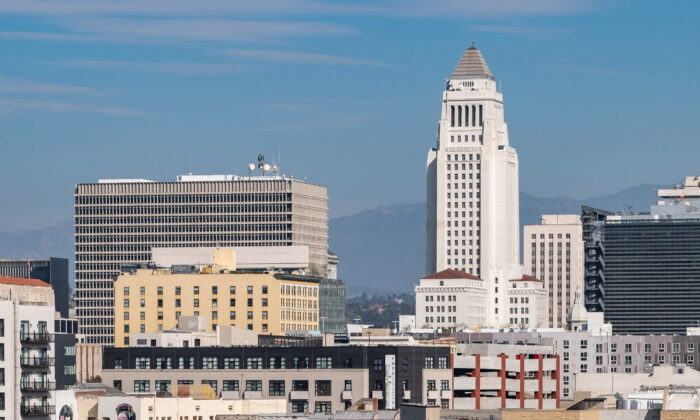 Los Angeles City Councilman Mark Ridley-Thomas, along with a former University of Southern California (USC) dean, were indicted on 20 counts of bribery and fraud on Oct. 13.

In 2018, Ridley-Thomas, 66, who then served on the LA County Board of Supervisors, allegedly conspired with Marilyn Flynn, 83, former dean of the USC School of Social Work, to provide Ridley-Thomas’ son, Sebastian, 34, with “graduate school admission, a full-tuition scholarship, a paid professorship, and a mechanism to funnel Ridley-Thomas campaign funds through the university to a non-profit to be operated by the relative,” according to a statement by the U.S. Attorney’s Office for the Central District of California.

In exchange for his son’s admission, Ridley-Thomas, in his role as a county supervisor, allegedly “steered new contracts” that would generate millions in new revenue for the school, according to the U.S. Attorney statement.

Ridley-Thomas joined the city council for the second time in November 2020 after serving on the council previously from 1991 to 2002.

Sebastian Ridley-Thomas, who served in the California Assembly representing Los Angeles for four years, abruptly resigned at the end of 2017 citing “health problems.”

Later, the state Assembly Rules Committee began an investigation into whether the younger Ridley-Thomas sexually harassed at least two legislative staff members while he was in office.

“[Mark] Ridley-Thomas allegedly wanted to help secure paid employment for his relative to minimize any public fallout for them both in the wake of the [younger Ridley-Thomas’s] sudden resignation from office,” the U.S. Attorney’s Office said in a statement. “Meanwhile, the Social Work School was facing a multimillion-dollar budget deficit, which threatened the school’s viability as well as Flynn’s position and reputation as the school’s longtime dean.”

Ridley-Thomas contacted Flynn in May 2017, according to the U.S. Attorney’s statement, about admission and scholarship for his son in exchange for his support of lucrative contracts for the school.

Later in 2017, the elder Ridley-Thomas also asked Flynn for a paid professorship for his son, while concealing that his son was the subject of a sexual harassment investigation, according to the statement.

The indictment alleges Ridley-Thomas and Flynn took steps to disguise and conceal their agreement.

“This indictment charges a seasoned lawmaker who allegedly abused the public’s trust by taking official actions to benefit his family member and himself,” U.S. Attorney Tracy L. Wilkison said in the statement. “The corrupt activities alleged in the indictment were facilitated by a major university’s high-ranking administrator whose desire for funding apparently trumped notions of integrity and fair play. Public corruption cases are among the most important matters we pursue, and we will continue to investigate and prosecute whenever public officials and others entrusted with taxpayer funds break the law.”

A USC spokesperson said in a statement that the school disclosed the issue to the U.S. Attorney’s office in 2018 when it learned that $100,000 in campaign funds had been funneled from Ridley-Thomas’s campaign through the school and then passed on to his son’s nonprofit, and that they have been “fully cooperating” since then.

Ridley-Thomas’s attorney Michael J. Proctor said in a statement that the councilman “was shocked by the federal allegations leveled against him, and with good reason. They are wrong, and we look forward to disproving them.”

Proctor said that at no point in Ridley-Thomas’s political career has he abused his position for personal gain.

“Mark Ridley-Thomas has been in public service for 30 years, and his actions have been open to public scrutiny for a full three decades,” Proctor said. “Over those 30 years, he has demonstrated the quality of his character. We ask you to allow due process to take its course.”

“I am shocked, saddened, and disgusted by the Federal bribery charges against Mark Ridley-Thomas. These charges tarnish the reputation of the entire LA City Council, and because of that, Ridley-Thomas should immediately step down from his position,” Buscaino said in a tweet.

LA City Council President Nury Martinez said in a statement that the allegations were serious and the council would “need to take appropriate action,” although the alleged crimes occurred when Ridley-Thomas served on the LA County Board of Supervisors.

LA County Sheriff Alex Villanueva also took to Twitter pointing to the incident as a reason why a public corruption unit “must exist outside of the influence of the [Board of Supervisors].”

Ridley-Thomas, who chairs the council’s Homelessness and Poverty Committee, canceled the meeting Oct. 14.

He didn’t respond to a request for comment by press time.