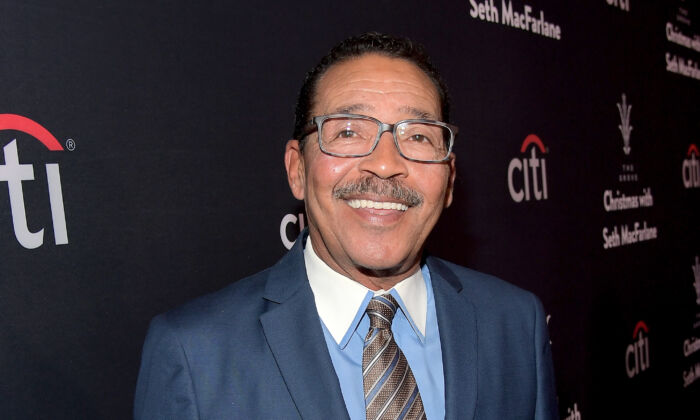 The Los Angeles City Council is calling for former Councilman Herb Wesson to temporarily represent District 10 in place of Mark Ridley-Thomas, who was suspended after being indicted on federal fraud and bribery charges.

Council President Nury Martinez introduced a motion (pdf) on Feb. 16 to have Wesson fill in for Ridley-Thomas until the end of the year, or until Ridley-Thomas’ suspension is lifted in the event of his acquittal. The motion was supported by Councilmen Paul Koretz, Gil Cedillo, and Mitch O’Farrell.

“With over 30 years in public service representing the residents of Council District 10, there is no better choice at this time than former Councilmember Herb Wesson,” Martinez said in a statement. “Mr. Wesson cares deeply about the communities he represents and knows the district better than anyone. The constituents of Council District 10 need a voting member who understands their community to represent them within Council Chambers.”

The motion to appoint Wesson needs a simple majority to pass, according to a spokesperson for Martinez.

“The 10th district is my home,” Wesson wrote on Twitter on Feb. 16. “I’ve truly been blessed, and most of my blessings come from people in this district. My neighbors have once again called on me to serve and it is my responsibility to answer that call. I hope to do the residents of the 10th proud.”

District 10’s community leaders have been calling on Martinez to appoint a replacement for Ridley-Thomas since his Oct. 20 suspension, with some suggesting Wesson as the replacement.

For nearly four months, Gina Fields, chair of the West Area Neighborhood Development Council, and other residents sent letters and emails requesting Martinez either reinstate Ridley-Thomas until his trial, appoint an interim councilmember, or reinstate Wesson.

Fields told The Epoch Times that she and other residents were frustrated with the district’s lack of representation, especially during council map redistricting.

However, Fields’ call was finally answered on Feb. 15 when she and about 40 other community leaders met with Martinez to discuss District 10’s seat.

“Everyone in the community was supportive of [Wesson] stepping in. He knows [District] 10 well, he knows our needs for the budget, and he can really hit the ground running,” Fields said.

Fields said that over the weekend she spoke to Wesson, who told her he was willing to step in.

With a voting representative, Fields said District 10 can again receive and disburse discretionary funds that will help address the district’s housing program, as well as COVID-19 vaccinations and testing.

In 2018, Ridley-Thomas, who then served on the LA County Board of Supervisors, allegedly conspired with Flynn to provide Ridley-Thomas’s son, Sebastian, with benefits including admission to USC’s graduate school, a full-tuition scholarship, a paid professorship, and a “mechanism to funnel Ridley-Thomas campaign funds through the university to a non-profit to be operated by the relative,” according to a statement by the U.S. Attorney’s Office for the Central District of California.

In exchange, Ridley-Thomas, in his role as a county supervisor, allegedly “steered new contracts” that would generate millions in new revenue for the school, according to the U.S. attorney statement.

Both Ridley-Thomas and Flynn have denied the allegations and said the evidence will clear their names.